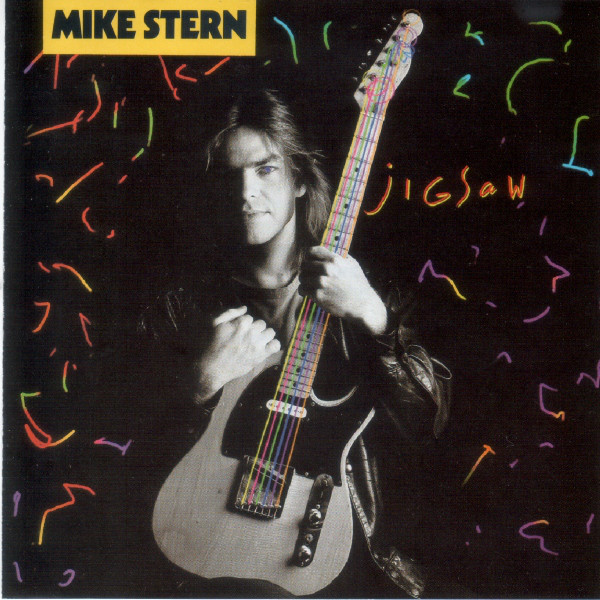 New evidence of Mike Stern’s move towards a lyrical sensibility comes with this third in a series of albums for Atlantic. Noted for his use of Jimi Hendrix sonorities in Miles Davis’s comeback band (1980-83), Stern has long been a bebop lover, and that idiom is discernible in the harmonic sophistication of his solos and in the themes of such tunes as Jig­saw and Kwirk. (Stern followers will recognise in the scurrying Jigsaw a sister to Chromazone and Gossip on the 1987 Time In Place set.)

The softer Stern is also apparent in the proliferation of country-inflected medium rock­ers and rock ballads and in his use of a lightly chorused tone.

The heavy metal muse has not, however, been fully retired; it’s low in the mix on Another Way Around, and the presence of heavyweights like Dennis Cham­bers and Bob Berg confirms Stern’s enthusiasm for bar-room brawling.

One wonders, however, how much mileage is left in any of these formats. In the face of burgeoning revivalism, Stern’s steadfast commitment to fusion is admirable, but any progression in this Atlantic series has been only towards blandness. Given his fondness for bebop and the current jazz climate, a straight-ahead set would cut it better.

Nigel Jarrett - 21 February 2022
Pianism often has a bad name, in suggesting the instrument dominates what the instrumentalist wants to do or say. In “classical” music, the composer avoids the problem by being...

Various: A Song Is Born OST