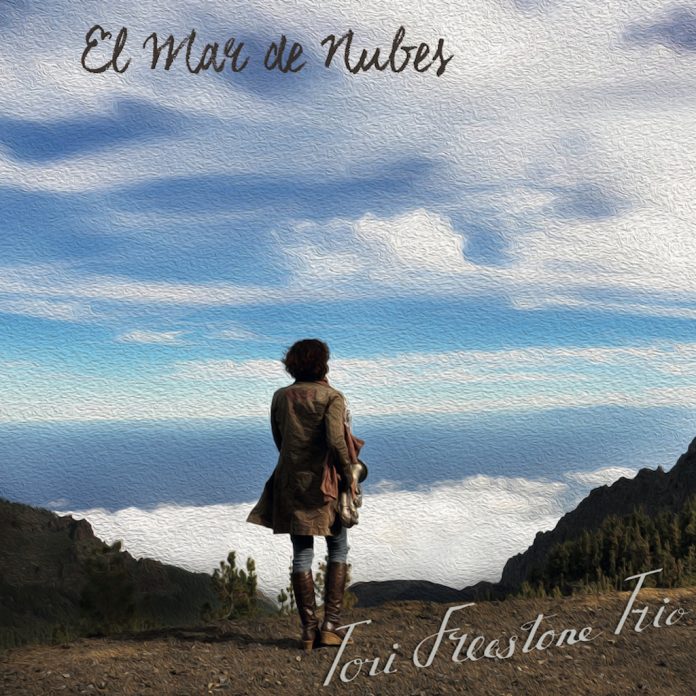 The natural phenomenon of the Canary Islands’ “sea of clouds” has been endlessly inspirational for tenor saxophonist Tori Freestone and provided a special impetus for this CD. Here she is surrounded by the exceptionally close-knit rhythm duo of bassist Mannington and drummer Giles as she presents four fresh compositions, two by Mannington and two versions of the sea shanty Shenandoah. Beatrice by Sam Rivers is the only other non-Freestone composition. Although Tori composes most of her own material it is as a pure jazz improviser that she is perhaps best known.

This collection begins with the title track, a slow-burning melodic exercise where she fashions several appropriate variations of the original melody with Giles’s brushes and Mannington’s bass providing a thrusting but unobtrusive curtain of rhythm behind her. It is a slow and attractive theme that allows her to dig deep into her bag of melodic variations and use pretty much the entire range of her instrument. Dave’s bass has a short, telling solo spot.

Hiding Jekyll ups the tempo as the tenor player spurts out a number of short sharp phrases before settling into a steady, swinging groove. Once again though the emphasis is on playing a wide variety of improvised lines built around the central theme. In this, as in her previous releases, she is extending a form of pure, improvisation-based jazz in the manner of people before her such as Lee Konitz and members of the Tristano school. The difference is that where their playing was an offshoot of bop, Tori’s is a mix of free jazz and hard bop that keys in with today’s jazz but is totally original and fresh.

A fresh and revealing aspect of this release is the two versions of Shenandoah, revealing her folk roots. The instrumental version sounds like a gospel-inspired folk song. The tenor lines are dark and brooding, the backing sombre from bowed bass and choppy drumming. Towards the close she plays soft-focus pure improvised lines around the melody. Shenandoah 2 has Tori singing and accompanying herself on violin. It is helped along by quiet backing from bass and brushes. Melancholy and moving, it provides a distinct contrast with the rest of the material on offer. Beatrice is played partly as a rich ballad and partly a straightahead exercise for tenor sax, bass and drums.