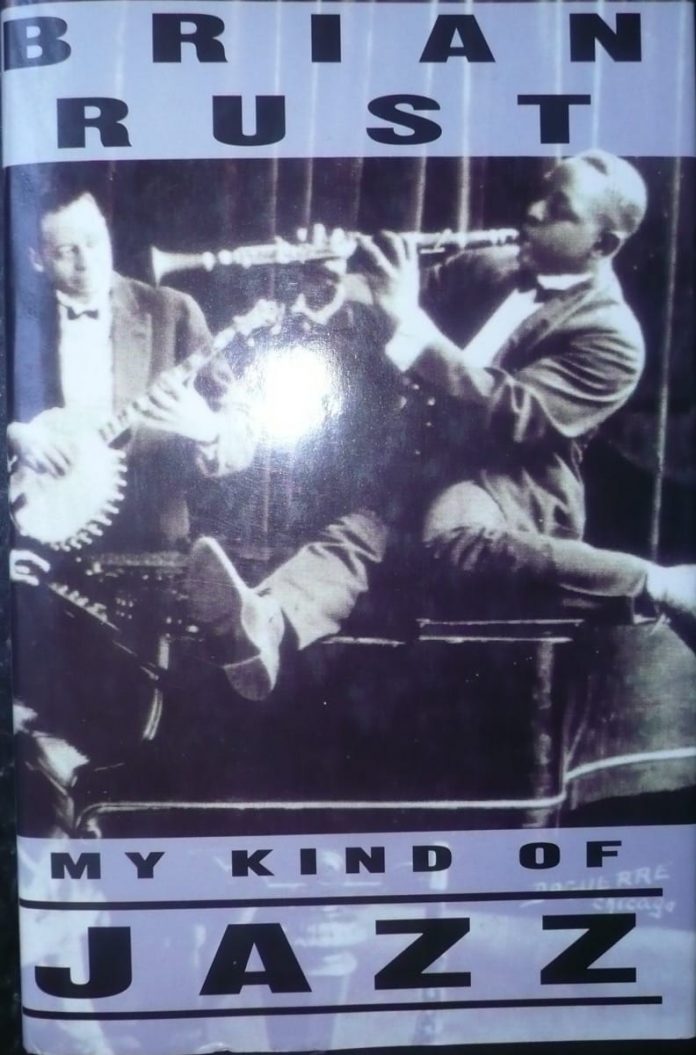 Because Brian Rust’s Jazz Records 1897-1942 is such a useful work I approached this book in a mood of premeditated forgiveness, anticipating what it would contain. Unfor­tunately that mood didn’t last. Although I knew that the writer’s tastes were narrow I had assumed they would encompass the bet­ter musicians of the thirties as well as the twenties, but I was proved wrong.

The word ‘mainstream’ makes an appearance towards the end of the book and one might imagine that such musicians as Clayton, Webster and Dickenson, not so far mentioned, are about to be considered. Disappointment follows but is replaced by laughter as Rust informs us that ‘one of the principal mainstream units was the one that followed Harry Parry as the Radio Rhythm Club Sextet, another six piece group led by tenor saxophonist Buddy Featherstonhaugh’. Good for you, Buddy, but what about Buck, Ben, Vic and many of their con­temporaries who are also missing?

Rust is provocative, not because he only likes the earliest jazz (or music which copies it), but because of his arrogance. This is demonstrated by two references to ‘the laws governing the production of jazz’ (flouted apparently by Hawkins’ first Body And Soul and any innovations thereafter). You might expect to find these laws explained in the very first chapter (What jazz is – and is not) but having failed in your quest you might be tempted to write Rust’s First Law for him: Jazz is what Brian Rust says is jazz. When he says it isn’t, a liking for morbid imagery is revealed as Louis Armstrong on one occa­sion sounds like a tortured animal’, Pee Wee Russell sometimes includes ‘sounds suggest­ing he was choking to death’ and bop is a ‘fungoid growth on the mainstem of jazz’, while inarticulacy triumphs when one of Lester Young’s first recordings is described as ‘merely a rigmarole of sound’.

People who share the writer’s prejudices may be com­forted by this book but Gunther Schuller’s Early Jazz is infinitely superior (and even deals more informatively with Rust’s heroes – the ODJB). To be fair I should note that Rust does cover a number of groups and musicians who are not in Early Jazz but as a conclusion I can only suggest he should take his own amazing advice, offered in his pref­ace to certain unidentified writers on jazz, that they should ‘listen to it a little more with open ears and minds’.

John White - 21 October 2019
Not having heard – or even heard of – vocalist and pianist Joe Stilgoe, I did some preliminary research before listening to this CD. He was born in 1979...