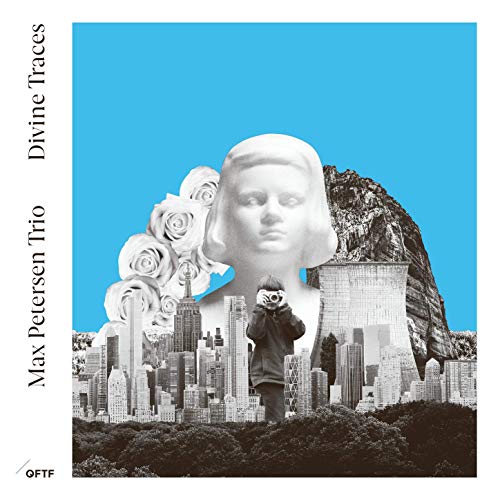 I hadn’t heard Petersen before. However, after this thoroughly invigorating set of potent originals, realised with spot-on playing all round from a trio who really have that “three-in-one” thing down, I’ll be on the lookout for more.

Petersen is a genre-busting musician with a beautiful touch and a dynamic and rhythmic sensitivity to match and describes himself thus: “I’m not playing African-American music per se. I am not a classical musician. I try to understand the essence of the sources and to take my own stand”.

Born in Sydney, Australia in 1994, Petersen moved with his family to Europe in 1998 and the press release describes him as German-Australian. If it makes some sense to talk, as that press release does, of a strain of German romanticism in parts of this music, the fact that Peterson has studied in New York with Fred Hersch and Vijay Iyer alerts one to the contemporary breadth and depth of his literate pianism. Equally, the fact that he has worked with saxophonist Nicole Johänntgen signals both the rhythmic strengths and the fundamentally “singing” quality of his approach.

Here is a rich, freshly swinging and often cross-rhythmic take – many a mile from any hint of pastiche – on matters American and European, historical and contemporary, where a densely worked yet fluid chromaticism may conjure flowing passages of limpid, lyrical reflection – sample the title track and Pathos Piece – and forceful two-handed rhythmic repetitions metamorphose into both a Tristano-like linearity and an exuberant, part-atemporal three-way interplay of post-Paul Bley quality.

Petersen’s previous – and debut – disc, Dream Dancing, created quite a stir. The consistently excellent Divine Traces should do much to underpin and enhance the reputations of all three participants here.

Steve Voce - 28 August 2020
The line-up here was of the classic Tubby Hayes Quartet that recorded Mexican Green, which was generally regarded as his best album. Here, however, it is much later than...