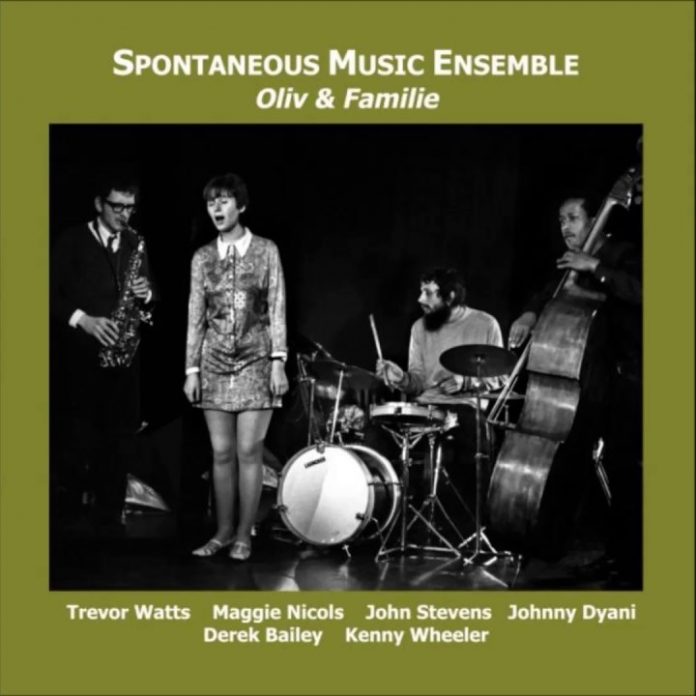 The producer of this musical experience considers that all it requires is an open mind. I think it requires the same capacity for appreciation as those who sit and listen to Aeolian harps, or sea-watchers. It is tuneful, rambling, unorganised, intense, obviously passionate.

My first thought was ‘neatly packaged rubbish’. But most musical rubbish belonging to today is pretentious and surrounded like a cocoon by the outpourings of verbalisers. This is not pretentious, although Mr. Gomelsky’s few words on the album sleeve could with advantage be deleted.

Nor is ‘rubbish’ normally associated with the work of Kenny Wheeler, whose horn here sounds sad and enormous like the little-mad-bull blarings of a younger Miles Davis at his bluesey best.

I don’t know what to make of it. But from getting ready for a quick listen and a rapid consignment of this record elsewhere l real­ised it needed very careful attention. Unlike some fashionable, and often ill-mannered, bits of musical self-expression this is at times magical, introvert, and entirely self-contained.

The duet between Maggie Nichols’ husky, abstracted voice and Trevor Watts’ fluid, yelping alto in ‘Oliv II’ is memorable, music for a secret dream. Or, if you insist, non­sense; but that opinion, while tenable, is one I reject.

Self-contained is the operative phrase. What goes on here is a private pleasure, a musical back-water. This is no new thing, no way forward. Like the work of Moondog, it is for a few addicts. The rest should disregard it.

Collective nouns for birds are both wonderful and weird at the same time – a siege of bitterns, a prayer or pantheon of godwits,...

In 1954 Joseph recorded four titles with Art Mardigan’s sextet along with some other Open Door regulars plus trombonist Milt Gold, who was with...

This is a handsomely produced, sturdily made book with the unusual dimensions of eight inches high by nine and a half wide. Its genesis...

'Humphrey Lyttelton’s famous "I ask myself if I want the New Statesman – breathing hotly down my neck every time I lift up the trumpet to blow?" (The Second Chorus, MacGibbon & Kee, 1958) foresaw the days, now with us, when jazz has been dragged from pit to respectability, com­plete with Arts Council Grants and unlimited space in the Sunday press'