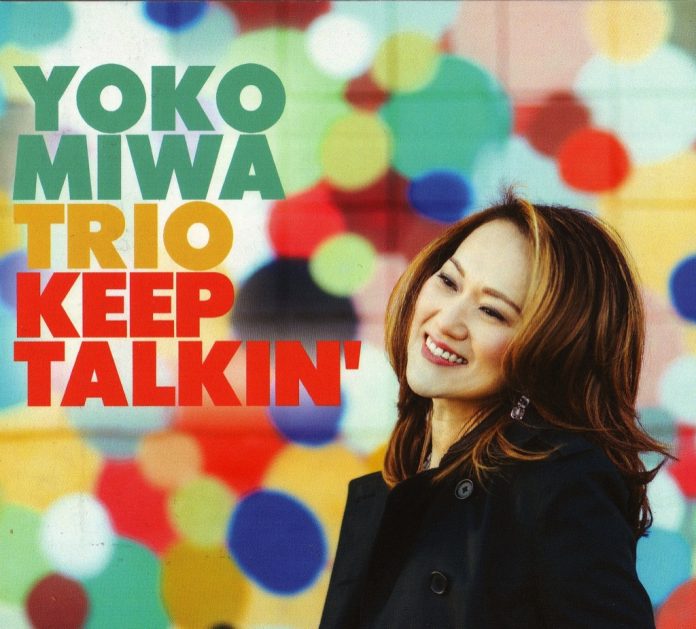 Pianist Yoko Miwa was an alumnus and is now a professor at the Berklee College of Music in Boston. She is also active as the leader of a trio at the city’s leading clubs and other performing spaces, including the Mad Monkfish, Les Zygomates, Scullers, Regattabar and, before it closed this year after four decades as a nationally important jazz venue, Ryles.

Teacher she might be, but she’s ever ready, in performer role, to cajole the piano into orchestral mode like someone still wanting to tap into all it has to offer. Not interested much in stringing out single-note lines one-handed above a walking bass, she’s more intent on dynamically exploring all the ways in which the piano can respond to uncompromising two-handed treatment.

There are subtleties to be discovered, too, among this capacious embrace of the keyboard: for examples, the head handed straight-away to bassist Will Slater at the start of Thelonious Monk’s In Walked Bud; the many attractions of her originals, not least the way If You’re Blue rides the changes of Irving Berlin’s Puttin’ On The Ritz; and the arco bass of Brad Barrett on Sunshine Follows The Rain, his only appearance and the only bass-bowing on the album.

There’s a restless quality to Miwa’s playing, as though she is trying out a variety of ways of exploring a tune for variety’s sake, an approach one hopes she is inculcating in her students as suggestion rather than edict. If there’s eclecticism here it’s in the form of echoes, not wearisome cribs – of Horace Silver in Keep Talkin’, Brazilian modes in Secret Rendezvous, and Keith Jarrett on Joni Mitchell’s Conversation.

Michael Tucker - 05 July 2021
When you hear the quality of tone and line that van Rooyen displays on flugelhorn throughout this hugely enjoyable release, it's hard – if not impossible – to believe...