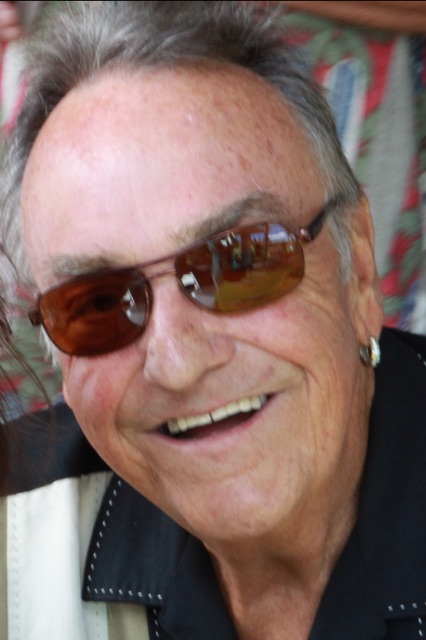 A widely admired and respected jazz and studio musician, trombonist Slyde Hyde played on many recording dates backing the biggest names in jazz and pop music.

He was born Richard John Hyde in Lansing, Michigan, 4 July 1936. Raised in Bluffton, Indiana, he began playing trombone at school, pursuing his musical inclination later at college in Los Angeles. Like many of his generation, Hyde served in the military, in his case in the US Navy, during which time he advanced his musical knowledge attending the Navy School of Music and broadened his experience playing in Navy bands.

Upon completion of his service, he became a regular in recording and film studios in Los Angeles and also played, recorded and sometimes toured with bands. From the early 1960s onward through several decades he played on numerous recording sessions, usually on trombone, but occasionally other brass instruments and sometimes woodwinds. Just a very small sampling of these hundreds of recording dates finds Hyde in orchestras backing leading pop artists such as Nancy Sinatra (1966), Carole King (1973), Kris Kristofferson (1974), The Righteous Brothers (1975), Frankie Valli (1978), the Beach Boys (1980), Tom Waits (1983), Joe Cocker (1986), and Frank Sinatra on 1993’s Duets.

In his studio work, Hyde displayed the seemingly effortless instrumental command that comes only through considerable skill and lifelong dedication to his craft. While it was this work that paid the bills, it was playing with jazz groups that gave him most satisfaction. In part this was because in a jazz setting he could play for himself, while simultaneously enjoying the company of like-minded musicians. And this was reciprocated, his fellow jazzmen delighting in his ready wit.

Hyde credited his time with Stan Kenton for extending his musical range to such an extent that nothing he encountered in the studios was beyond him. He was in the Kenton band that he accompanied Ann Richards on Two Much! (1960) and that same year he recorded several tracks with Kenton that were included on Cuban Fire!. During the following years he appeared on numerous jazz albums, among them Harry James Plays Neal Hefti (1961), with Blue Mitchell on Collision In Black (1969), Chet Baker on Blood, Chet And Tears (1970), Herbie Hancock on Man-Child (1975), Cannonball Adderley on Big Man: The Legend Of John Henry (1975), and Freddie Hubbard’s The Love Connection (1979). An own-name album, Late Nite Jazz, on which he plays trombone, bass trumpet and euphonium, was released in 2000. Hyde’s contribution to music was recognised several times by the National Academy of Recording Arts and Sciences, including their Most Valuable Player award on four occasions (on different instruments), and he was also inducted into the NARAS Hall of Fame.

When playing ballads, Hyde’s relaxed playing style was always melodic and romantically lyrical, contrasting with an outgoing humorous attitude that endeared him to audiences and fellow musicians alike. “Jazz gives me a tremendous sense of well-being. It takes away the stress”, he told interviewer Zan Stewart of the Los Angeles Times in 1993. In this interview, Hyde mentioned how a few years earlier a malignant tumour discovered in his left lung was surgically removed. He ignored medical opinion that he would never play again, “You don’t say that to a guy who doesn’t know how to do anything else”, he told Stewart, and a month later he was back in the studios and playing as well as ever.

Married to Yolanda (Yolee) for more than 40 years, Hyde eventually moved to Hawaii. There, the couple lived in Hawi and although semi-retired, Hyde continued to play and in 2015 he and his vocalist wife appeared at Hawaii’s Jazz In The Forest. Recently suffering from pneumonia, Hyde was at the Kaiser Hospital in Honolulu being treated for a small mass found in his lungs. It was there that he died on 15 July 2019, with Yolee and their son Josh at his bedside. In a personal letter to Sandy Graham, their close friend of many years, Yolee wrote: “He went out on his own terms, listening to Miles’s Sketches of Spain and with a smile on his face”.

Fred Grand - 04 June 2019
One of the most consistently interesting recent sub-genres in European jazz has been that of zen funk, or Swiss minimalism. The intricately woven sound worlds of Nik Bärtsch, Don...