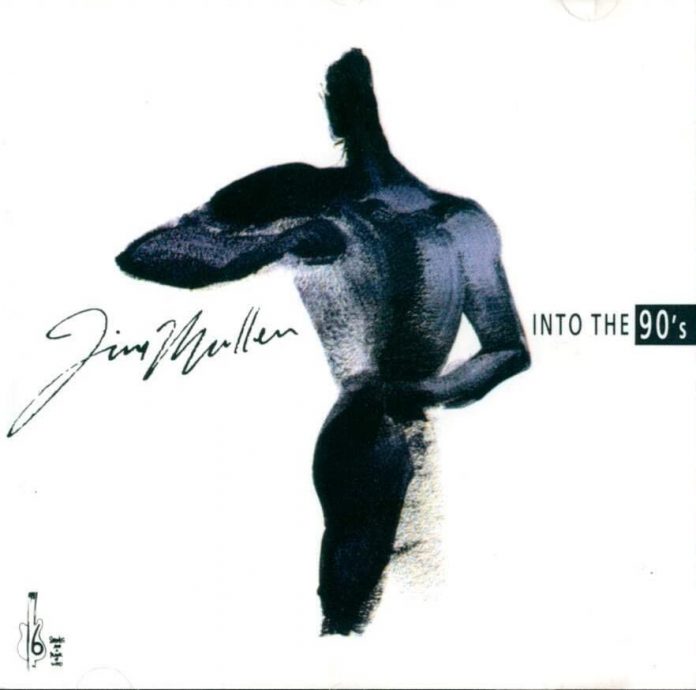 It’s been several years since Scot­land’s answer to Wes Montgom­ery led a record date, but the enterprising new specialist guitar label Six Strings has given Mul­len a platform on which to strut his late 80s fusion stuff. From the writing point of view, Into The 90’s (sic) finds Mullen close to the Steps Ahead/Mike Stern/Bob Berg school and some distance from the warm, bluesy r’n’b sen­sibility he embraced with Morrissey-Mullen and on his early 80s Thumbs Up album. The material’s vintage is betrayed in particular by the use of guitar synth to mimic the Harmon-muted Miles on Houdini.

However, when he’s blowing on his unadorned Telecaster, Jim is his old self; even the Scofield licks he sported in the mid-80s have disappeared and the fam­iliar Cornell Dupree through Wes sound has reasserted itself, no more than on the son-of-Killer Joe 606 Theme.

I believe this is also the record debut for Mornington Lockett, one of London’s most capable but least sung young tenorists; he’s still much in the shade of Brecker, but creative with it, as exemplied by his well-paced work on Absent and Hip-Hoperation. Robin Aspland is another fine local talent, well able to sustain interest in his solo on the dancebound Contraflow.

If you need to sample Mullen’s playing before approaching this album, hear his contribution to the bopping soundtrack of the Yellow Pages morning-after-the-party TV ad.

François van de Linde - 13 August 2019
In recent years, Blue Note has been repressing its catalogue to much acclaim. ECM has followed suit in 2017 and 2019, 50 years after the founding of the influential,...