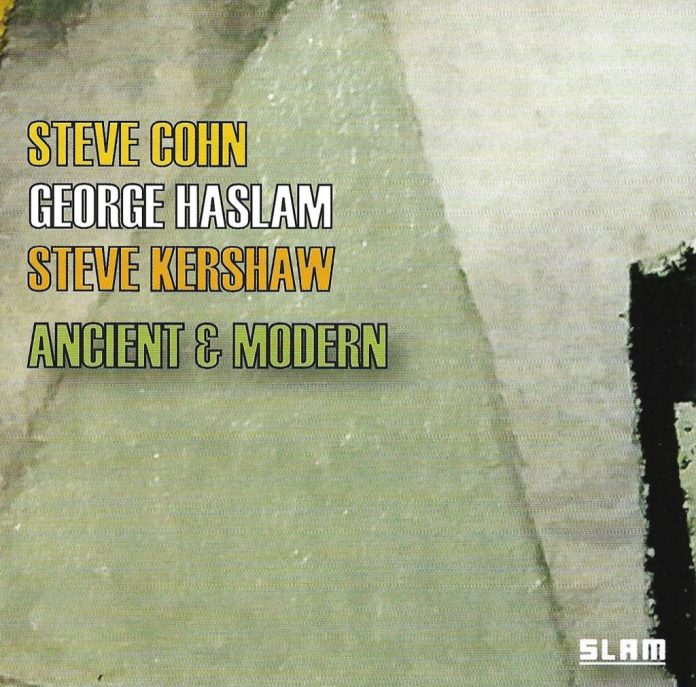 Now that it’s pretty uncontentious to talk of jazz as an international language, it’s nice to consider how the music on record also now encompasses spaces ranging from the Village Vanguard and the Five Spot to All Saints Church in Sutton Courtenay, Oxfordshire, where this set was captured for posterity, and where George Orwell, a man who had prescient things to say about the present day, rests in the graveyard.

Given the venue and the setting the musicians scrupulously avoid playing anything likely to startle either the locals or the horses, although the nuanced gutbucket swagger of the lengthy Baritone Happiness is debatably an example of the Devil’s music in God’s house. All three musicians are clearly revelling in spontaneous creation anyway. Orwell’s Blues, another more obvious example of that Devil’s music, taken solo by Cohn on piano, makes the same point more emphatically.

Scarborough Fair should by no means inevitably have shades of Coltrane’s take on Greensleeves about it, although it does, and there’s creative tension in the air which makes for compelling listening, not least because, in another far from overbearing echo, George Haslam’s tárogató work has traces of Peter Brotzmann’s work on the higher reeds about it.

The brief Dog Blue finds Cohn on shakuhachi, and again ersatz exotica is dodged with ease. Indeed, despite the brevity of the track it leaves the impression of Cohn and Kershaw engaging with the venue’s wonderfully true acoustics, which remind yer actual jazz hack of the Holywell Music Room in Oxford, so the sacred / secular divide is bridged quite nicely in that regard.

On a practical note, the album consists of solos, duos and trios, and that leaves a positive impression, not least because it emphasises how all three musicians listen deeply enough to be aware not only of the efforts of their fellows, but also the space they were creating in.

Wif Stenger - 02 March 2021
Pianist Riitta Paakki wrote her doctoral dissertation on Wayne Shorter’s compositions, which she re-imagined on her last studio album in 2015. Like Shorter, she’s equally strong as a hard-bop...