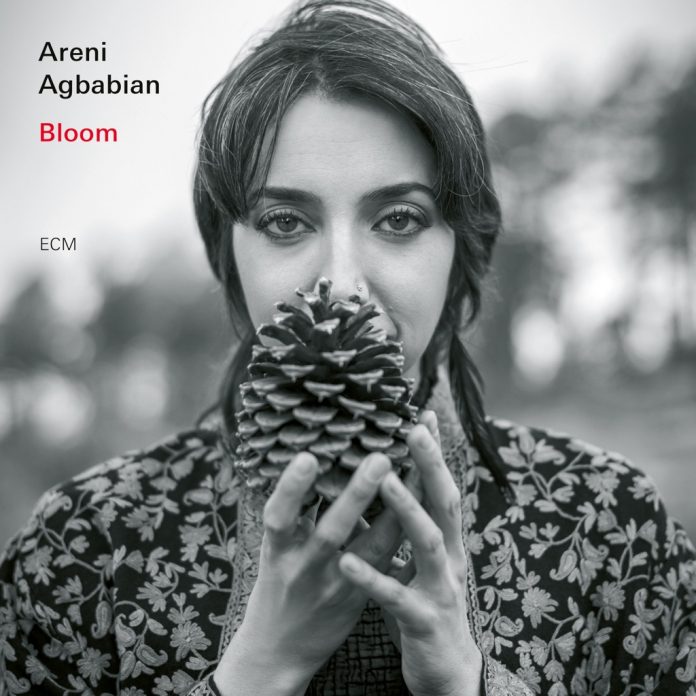 California-born of Armenian heritage, Areni Agbabian is both a singer and a storyteller, an improvising vocalist whose voice casts a quiet spell on each of the 17 evocative songs on this set.

Her material ranges through traditional Armenian hymns and folk legends, a folk melody transcribed by Komitas, her own compositions, and two brief pieces credited to ECM producer Manfred Eicher. Other than the seven-plus minute opener that is Patience, none of the pieces lasts much above two or three minutes, with some counting out their time in just seconds.

Accompanied by her own minimal piano, and occasional percussive support from Nicolas Stocker, she slowly enunciates the words in atmospheric detail. Oddly, I prefer her piano playing to her voice, for in its classical poise, it too speaks volumes. Two percussive pieces by Stocker break the flow.

Areni Agbabian’s is a rarefied music, restrained, sparse, and always thoughtful, but not everyone will be so engaged. One thought does, however occur to me about this set. The sleeve notes are illustrated with some excellent colour portraits, one of which at the end shows a quizzical or possibly annoyed Areni. She night have some reason, for this, her debut set, was recorded in October 2016 but only released in April 2019. Why the delay, for a new artist?

Nic Jones - 10 August 2020
To start with a general point, we have yet to experience the effect of the coronavirus situation on a label dedicated to new talent, but...