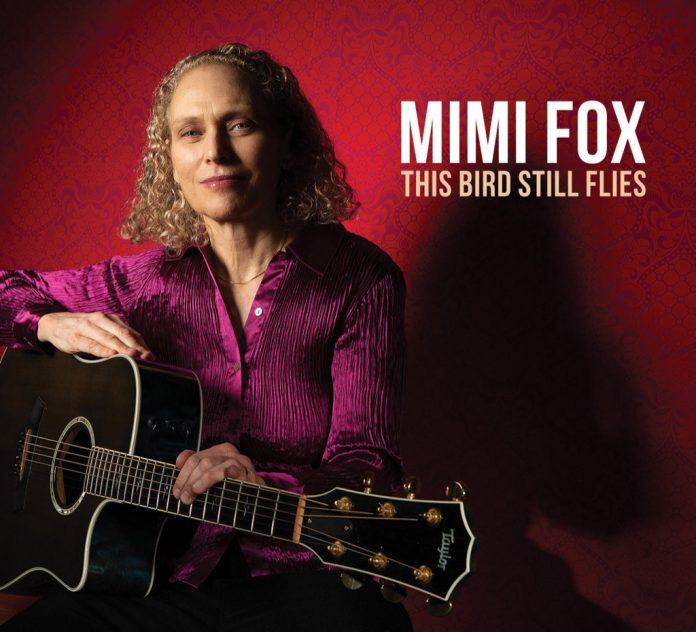 Mimi Fox has been playing guitar for over four decades and released her first album in the 1980s, but This Bird Still Flies is her first all-acoustic recording – mostly on a Taylor acoustic, with Day Tripper featuring a baritone guitar. Mixing self-penned tunes with jazz standards and a couple of Lennon/McCartney numbers, the album gives Fox a chance to show off her versatility on the acoustic instruments.

Fox holds the attention effectively on most of the tunes, such as her own Get Away Blues, or Kenny Dorham’s Blue Bossa, although in a five-minute Day Tripper and an eight-and-a-half-minute You Don’t Know What Love Is, for me Fox spends too much time away from the songs’ distinctive melodies.

On This Bird Still Flies, Fox is joined by fellow guitarist Andy Timmons for a lively duet built around a pretty melody and with more than a hint of classical-guitar influence. On Twilight In The Mangroves and 1985’s Against The Grain (from Fox’s first album) the duets involve Fox playing both parts: the dynamic, driving, Against The Grain is particularly enjoyable.

This Bird Still Flies closes with a considered, slow and slightly melancholy take on America The Beautiful whose opening phrases, bizarrely, reminded me of the first line of Winter Wonderland. It’s a notable contrast to the upbeat and positive opening track, Get Away Blues, and serves to emphasise Fox’s wide-ranging ability as a guitarist.

Discography
Get Away Blues; Blue Bossa; Twilight In The Mangroves; Blackbird; Textures Of Loving; Day Tripper; You Don’t Know What Love Is; This Bird Still Flies; There Is No Greater Love; Against The Grain; America The Beautiful (55.00)
Fox (g); Andy Timmons (g on 8). Berkeley, September 1985 and August 2018, and San Francisco, July-August 2018.
Origin Records 82773

Betsy Bell - 27 November 2020
Saxophonist David Sills’ Natural Lines is his 17th recording as a leader and it is predominantly full of swinging, upbeat tracks, sure to put you in a good mood....