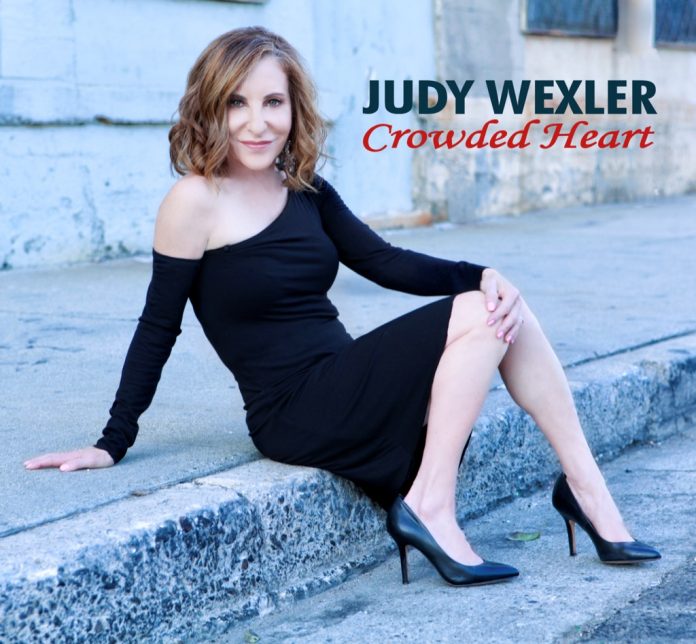 Judy Wexler has recorded too few albums, but those that she has made are uniformly excellent. They are also striking for the song selection as she rarely makes obvious choices, finding good songs, often in unlikely places, which she performs with skill and intelligence.

As a child Wexler studied piano and later graduated from the University of California, Santa Cruz, majoring in theatre and psychology. In San Francisco she worked in theatre, acting in plays and musicals, meanwhile developing what would become an abiding love of jazz. Upon deciding that this would be her career path, she studied piano and harmony at Dick Grove Music School and also privately.

In recent years, Wexler has appeared mostly in the Los Angeles area (where she was born and now lives) and her love for jazz is evident in her approach to the songs she sings. Melodically and rhythmically, the music heard here is expertly performed throughout and the lyrics are interpreted with care and understanding. Wexler’s sound is clear and true, her diction admirable.

The songs she has chosen for this album cleave closely to today’s jazz world, most of them having lyrics by fellow jazz singers. Among these songs are I Took Your Hand (lyrics by Lorraine Feather), Stars (Norma Winstone), And We Will Fly and Parisian Heartbreak (both Kurt Elling), Circus Life (Luciana Souza), The Last Goodbye (Georgia Mancio), Painted On Canvas (Gregory Porter), Crowded Heart (Sinne Eeg) and Take My Breath Away (René Marie). In presenting these songs Wexler describes them as deserving a place in the repertoire of new jazz standards, an entirely justified assessment.

Wexler’s accompanists are all very good and expertly enhance the vocal lines, with Pasqua and Koonse having several fine solos. It is Wexler though who holds and deserves the spotlight with an able and always engaging demonstration of contemporary jazz singing at its best.

Peter Gamble - 30 December 2021
Saxophonist Jim Snidero has been releasing albums on the Savant label since 2007, so it is only fitting the re-release of Strings should appear under that imprint. It makes...