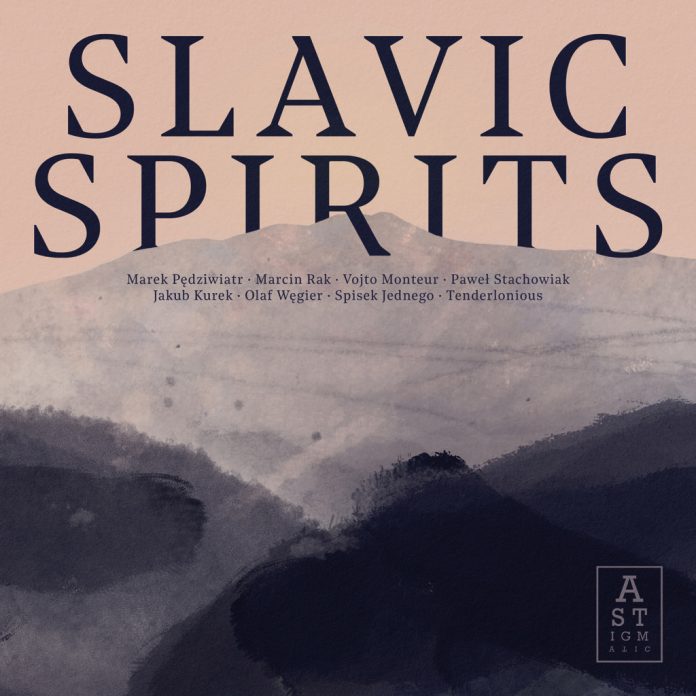 The name of the label here makes it clear enough that this music places itself in the searching, modally sprung musical and spiritual tradition associated with the great Polish pianist and composer Krzysztof Komeda, whose 1965 recording Astigmatic with, a.o., Tomasz Stanko (t) and Zbigniew Namyslowski (s) is generally regarded as one of the best ever Polish recordings.

The Wroclaw-based and curiously titled EABS ensemble paid explicit homage to Komeda on their well-received 2017 debut release Repetitions (Letters To Krzysztof Komeda), which focused on some of the composer’s lesser known works. Here, the brooding opening that is The Darkness was apparently born out of a collective improvisation on a Komeda-inspired medley. It sets an appropriate, challenging yet compelling note for a release which charts a freshly voiced albeit structurally familiar passage between matters consonant and dissonant.

Overall, this charged session would seem to allude to tough times in Polish history, even as its long-form modal moods can modulate from a characteristic Polish melancholy to a Coltrane-like affirmative ethos fired by ancient animistic or pantheistic tropes.

Hip-hop inflections and plenty of diversely swirling electro-textures elicit strong playing all round, with Wegier and the London-based 22a entrepreneur Tenderlonious contributing some invigorating saxophone: sample Woodland Spirit (which features some of the most swinging rhythm here) and Sun Worship.

If, like me, you wish to find out more about EABS, there are some good clips on YouTube. This distinctly atmospheric release is available in digital/CD/LP formats, with the CD and LP issues also available in a luxury limited edition which comes with a book.