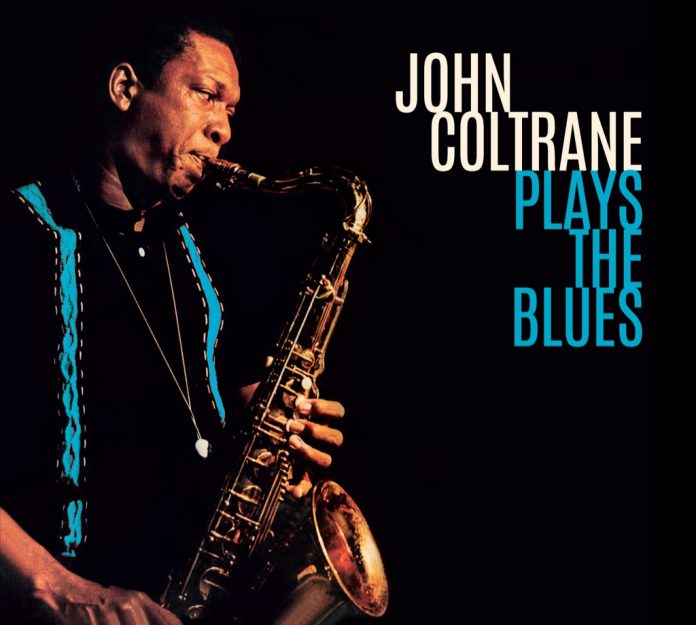 Leaving aside his work on Miles Davis’s epochal Kind Of Blue, Coltrane handled plenty of arresting blues material before the Coltrane Plays The Blues session from 24 October 1960 which forms the core of this generously programmed and indispensable compilation. Think, for example, of Trane’s Slow Blues from the 1957 Lush Life or the title track from Blue Train, again from 1957. However, Plays The Blues has long been held to be a classic, and rightly so.

I still remember the excitement I felt when in the late 1960s I got hold of a second-hand copy of the long-deleted London Atlantic mono pressing of music which, together with the 1964 Crescent on Impulse! (with its vibrant, up-tempo Bessie’s Blues) has remained the sort of Coltrane to which I return most often. And this despite my enthusiasm for more full-on sessions from the 1960s such as Impressions, A Love Supreme, Kulu Sé Mama and Transition.

In his sleeve-essay for The Heavyweight Champion box set of Coltrane’s Atlantic recordings, Lewis Porter tells that a surviving session reel from Plays The Blues shows that the opening Blues To Elvin (which I had forgotten was written by the great drummer) had several takes, each slower than the previous one. The last and slowest was the one chosen for release. It shows Coltrane and his estimable cohorts – including that little-discussed but utterly reliable bassist Steve Davis (1929-1987), who is pizzicato throughout – able to swing compellingly, in the most flowing and mellow manner.

A similar quality attends the scarcely less wonderful Mr. Syms, with its passing echoes of Summertime. In contrast, Blues To You – where Tyner sits out – burns with the sort of clipped intensity that Coltrane would take further on Chasin’ The Trane from the 1961 Village Vanguard sessions. Tyner is also out on the floating and piping Blues For Bechet, where Coltrane introduces the soprano, featured also on Mr. Syms.

In his original sleeve-note, reproduced in the inner booklet here along with Marty Norman’s original sleeve art, Joe Goldberg drew attention to the Indian-inflected manner in which Coltrane develops the synthesis of West Indian and African rhythmic elements in the piano figure with which Tyner introduces the concluding Mr. Knight (like all the Plays The Blues pieces, except for Blues To Elvin, a Coltrane composition). Perhaps it was this particular cultural mélange which persuaded the compilers to include the soprano-led Exotica, an atmospheric but non-blues piece otherwise known as Untitled Original. Had they instead gone for Equinox, the poised minor blues of haunting mystery and meditation from the 26 October 1960 Coltrane’s Sound session which also gave us Liberia and The Night Has A Thousand Eyes, I would have rated this a 10 rather than five-star release.

That said, there really is nothing to quibble about in this release. Beyond Coltrane Plays The Blues – in every respect an album of perfect aura and structural integrity and which merits the same status as a late string quartet by Beethoven or a Mahler/Rückert song cycle – it offers tracks like Coltrane’s hypnotic, relaxed yet nudging Village Blues, originally released on Coltrane Jazz and very much of a piece with Plays The Blues. There is also Blues Legacy – a delicious, elegantly sprung dive into the funk and the grease of the music, where composer Milt Jackson shines, as he does on a further piece of his from the Bags And Trane album, the forthright The Late, Late Blues. Oh, and did I forget to mention the presence of Hank Jones, Wynton Kelly, Paul Chambers, Jimmy Cobb and Connie Kay on some tracks? What a world it must have been, when such giants walked the earth…