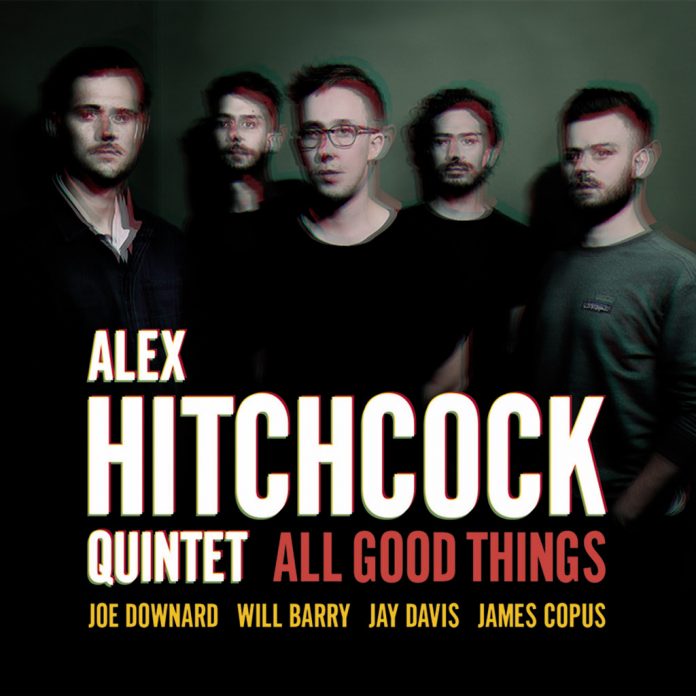 These young guns all graduated from London’s Royal Academy of Music in 2016. During their studies, they played together and knocked around a lot of different ideas, honing and polishing them at festivals and gigs throughout Europe. Following the release of a live EP in 2018, which attracted very favourable reviews, here we are with the band’s first studio album, with the ideas burnished and road tested in live performance before being recorded.

Hitchcock, the composer of all the material, explains that his influence or theme has been trying to find positive things to express musically about the divided and uncertain times we find ourselves living in, both in the UK and further afield. In that sense, the album’s title could mean, I guess, that all good things come to an end and we need to find our way through dark times, or, Hitchcock has come up with some good things, despite the gloom and changing landscape against which these tunes came in to being.

The music itself draws on a number of influences, starting with a Wayne Shorter-like theme on Hamburg 2010, demonstrating Hitchcock’s nimbleness of thought and execution. Copus and Hitchcock share the honours on fine solos on Mobius, with Downard and Davis leading the way on Adjective Animal. A team effort then, with the variety of moods and tempos matching the skills right across the quintet.

Reviews of the band’s live performances suggest that there are numerous influences at work that critics hear in these tracks, ranging from the aforementioned Wayne Shorter through to Walter Smith, Branford Marsalis, Mark Turner and Joe Lovano. Hitchcock’s playing certainly edges towards the more muscular end of the spectrum, but that said, I picked up hints of Dexter Gordon in some of the phrasing. Evidence perhaps, that a range of influences are filtering their way into the overall shape and direction of Hitchcock’s ideas and playing. Where the quintet goes next will be interesting to hear, based on this confident and polished recording debut with Fresh Sound.

Nigel Jarrett - 24 February 2020
Lovers of both jazz and contemporary (non-jazz) music should find drummer and composer Colin Hinton's album of interest. Such ventures on the perimeter of what most understand as core...