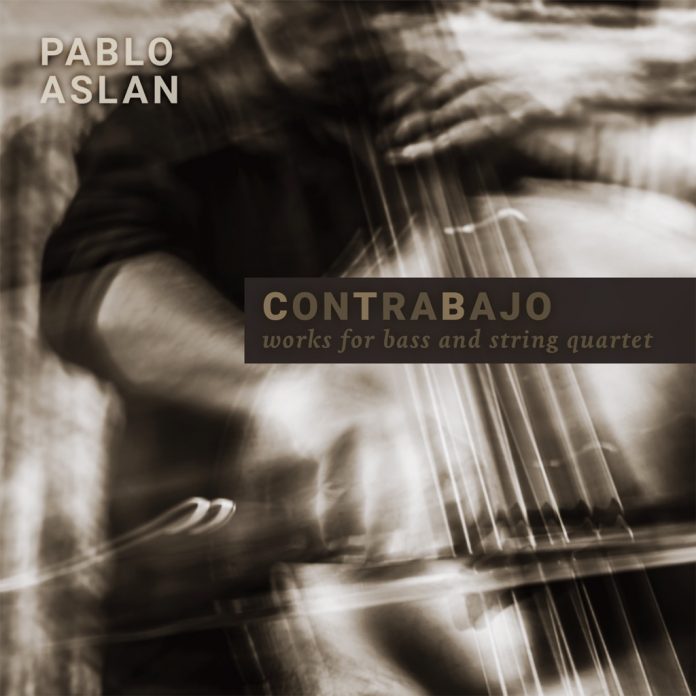 Title and instrumentation might reasonably lead you to expect a classical joint rather than a jazz programme, and to a degree that’s justified. Aslan opens with a lovely arrangement by his friend and former tutor Gabriel Senanes of Villa-Lobos’s Preludio No 1, which nicely establishes the sound palette of the set: bass as lead voice and rhythmic driver, string quartet ranging between its more traditional role and that of a bandoneon.

If you were digging for a term to characterise the programme as a whole, pan-American might be acceptable. It evokes a brief Golden Age between the big-stick era of the Monroe Doctrine and the CIA-policed neo-colonialism of later years. In other words, it’s a thoroughly nostalgic, but in no way elegiac set, coherently thought through – originally for a concert at the La Jolla Festival with the Pac-Man and the Escher String Quartet – and executed with a freshness and immediacy that almost suggests a live recording. In fact, bass and guest parts were taped in Roselle, NJ in June 2018 and the quartet in Buenos Aires in October 2017 and February 2018. Senanes also produced and it’s testament to his musicality that the joins never show.

As to Aslan himself, I guess his inspiration comes at least partly from orchestral players. There are some stylistic crossovers with the work of Bert Turetzky and Gary Karr, both of whom may be known to jazz audiences, but he clearly understands the contributions of Jimmy Blanton, Oscar Pettiford and Charles Mingus as well.

It’s probably quite a specialised set for the majority of jazz fans, but there’s nothing here but pure musical enjoyment and one of the freshest instrumental combinations you’ll hear in a long while.

Album streaming and for sale everywhere. Visit www.pabloaslan.com for more on this and other music by Pablo Aslan. Press, bookings, and other inquiries avantango@gmail.com

Nic Jones - 27 November 2019
Try though I did, I wasn't able to hear beyond the air of cool detachment that seems to pervade this music. The opening The Book Of Joy drifts in on...