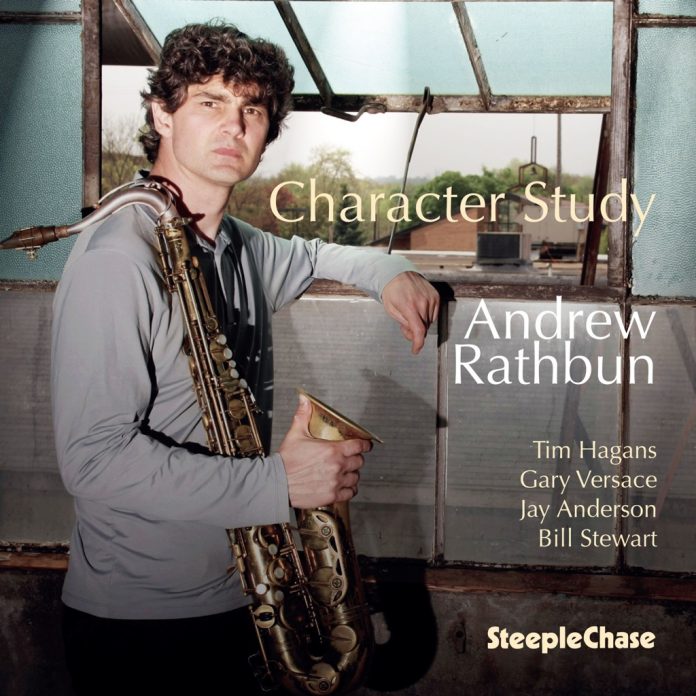 Rathbun assembled his quintet with the idea that these were the musicians who would best interpret his music. He wrote all the music for the album with the exception of Wayne Shorter’s Etcetera and all his compositions are serviceable – thrusting and bold with attention paid to melody and pulsing rhythm. He talks a lot in the sleeve note about character and, particularly, his musicians’ ability to balance their own sounds with the needs of the music.

The opening track The Golden Fool is a burner, set up by the brash, brassy trumpet of Hagans and driven hard by the rhythm section. Team Of Rivals burns more slowly but has thick, intense solos by Rathbun and solid work from pianist Gary Versace throughout. Jay Anderson delivers a typical, big sound on his bass solo. The ensemble sound here and on other tracks indicates that they have been well and carefully rehearsed prior to recording.

The curiously titled Alphabet Deaf And Forever Blind is a slow, haunting ballad which has Rathbun fashioning a fierce solo in which he uses most of the full range of his instrument. The leader’s originals and the playing by all the combo members shows a genuine attempt to present fresh, original music in the modern jazz tradition. The music works well on most selections but for contrast and to give a toehold to people new to jazz, a couple of standards might have gone down well.

Everybody plays to their individual strengths which, singly and collectively, are considerable. And it is refreshing to report that it does not sound like so many new releases which repeat trusted methods at the expense of originality. Rathbun’s writing, playing and assembly of a quintet to present his own new music has paid off.

Brian Payne - 22 October 2020
This release is a copy of an amateur tape recording that was made in the New York club, Café Society. It’s been copied by various labels over the years....

Bill Connors: Of Mist And Melting