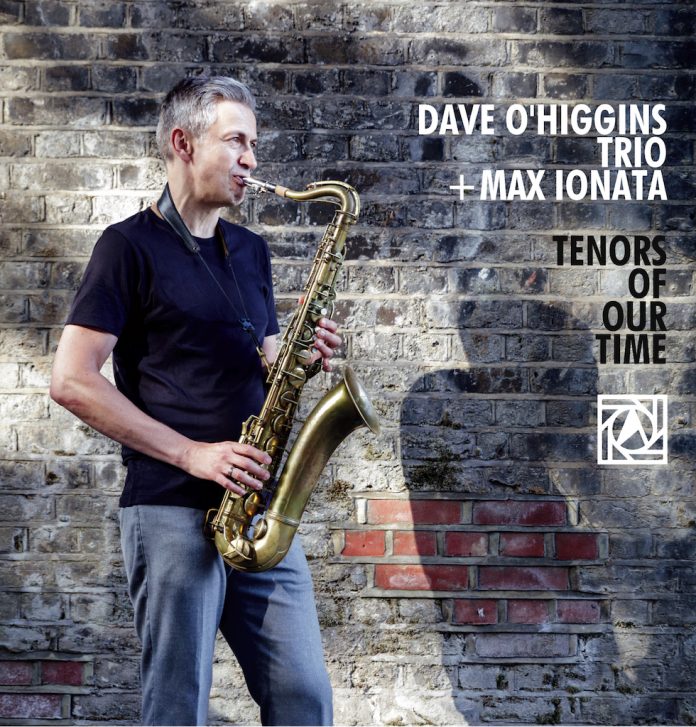 An addition to the distinguished line of tenors sharing the limelight, this could be classed as an Anglo-Italian job, with the proviso that the Italian-born Luca Santaniello is based in the USA. The album differs in that its hornmen do not hit us with a significant contrast of styles in the manner of Davis-Griffin, Ammons-Stitt and perhaps going all the way back to Lester Young sitting in the Basie saxophone section along with Herschel Evans.

Occasionally reminding one a bit of Dexter Gordon, Max Ionata has the weightier sound but in general he and and Dave O’Higgins adopt a similar approach based around complex phrasing and controlled leaps into the high register.

Students of two-tenor groups will also note the lack of what might be termed kidology, the kind of byplay you get whenever the horns settle into a lengthy chase. Such passages, absent here, no doubt represent a tradition developed over time because the groups in question were consistently being re-formed.

A glimmer as to what might happen should this partnership hang around can be heard on the blues You’re Nicked, where O’Higgins briefly picks up the tail of Ionata’s solo. On the other hand, Sonny Stitt’s The Eternal Triangle, if not exactly a tune linked to tenor forays definitely a standout from that era, tends to keep the hornmen apart as the chase passages are split with Santaniello.

Seven of the tracks are originals, five by O’Higgins, and they come up to scratch. To sum up, you may decide to ignore the niggly comments above and simply enjoy a couple of top-notch tenor saxophonists doing their thing.