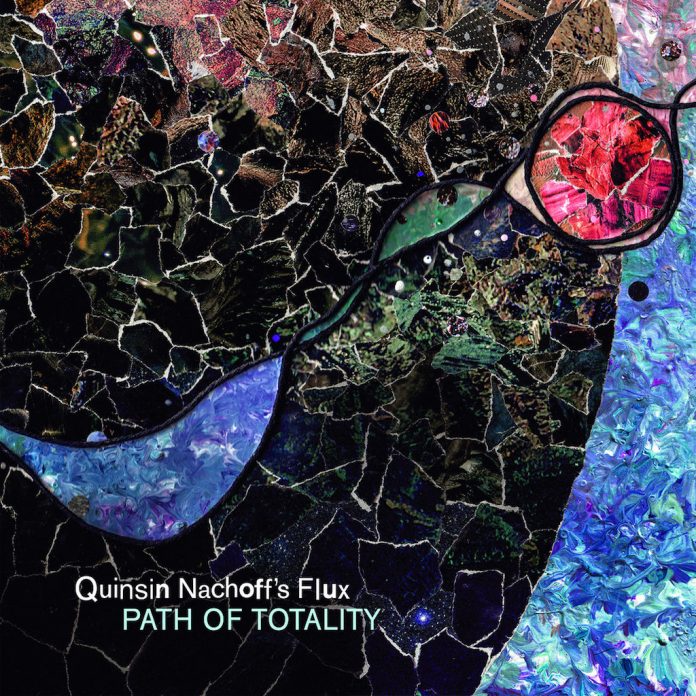 From what is basically a quartet with alternating drummers plus an additional handful of guest artists, all playing an impressive selection of acoustic and electronic instruments, Toronto-born leader Quinsin Nachoff has constructed a set of considerable ambition. Each of his six extended pieces here, two of them approaching 20 minutes in length, is crafted from a single idea which is then expanded and filled out as specific players interpret and improvise on the core material.

Nachoff himself is fascinated by scientific and mathematical issues and events, notably the moon’s total eclipse of the sun in 2017, and brings some of that rigorous discipline to his writing, to which he adds an upbringing that introduced him to 20th-century avant-garde, minimalist, and electronic music.

Such a combination produces considerable complexity in each piece, at times overwhelming them, Bounce for example veering dangerously towards prog rock before it is rescued by a commanding piano solo from Matt Mitchell.

But then the atmospheric Toy Piano Meditation, influenced by John Cage’s Toy Piano Suite, couldn’t be simpler or more effective, its slow five-note piano melodies gradually changing over time until they are replaced by a lengthy and sublime saxophone coda from David Binney. In contrast, both Splatter and the concluding Orbital Resonances are intricate and ultimately tumultuous, a noisy conclusion to an absorbing set.

As the group’s name suggests, this is music of constant change and evolution, where moods shift and styles change as each piece winds through its complex progression. Stick with it, for it brings considerable rewards.

Nic Jones - 13 December 2021
The term "renaissance man", in common with a great many others that serve a purpose and provide a lazy person with an alternative to thinking, arguably gets bandied about...