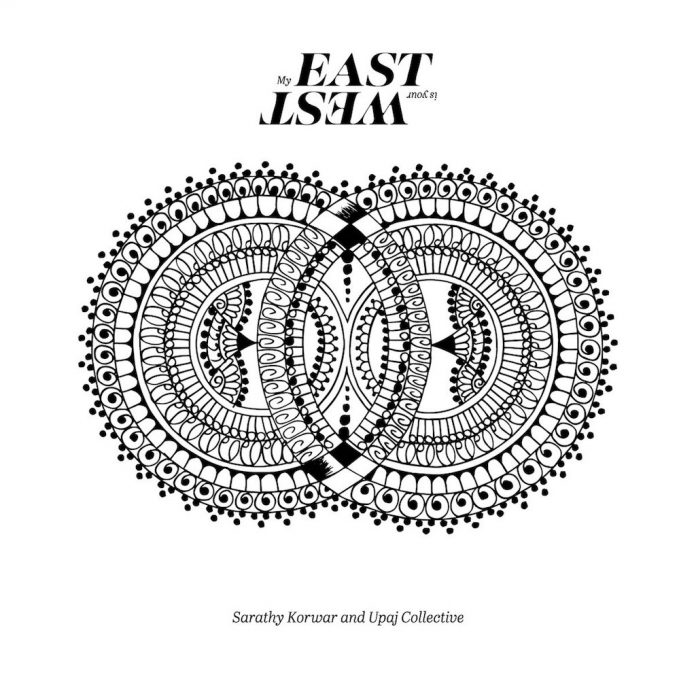 This is Sarathy Korwar’s follow-up to his debut album Day to Day (Ninja Tune, 2016) and it’s an extraordinarily good one. It opens with Amancio D’Silva’s “A Street in Bombay” (from the album Konkan Dance), immediately setting the scene for the evocation of a multitude of Eastern-influenced tracks.

In addition to D’Silva, there are automatic comparisons to similar fusion music with the likes of the non-PC titled Curried Jazz by The Indo-British Ensemble and more particularly with John Mayer’s and Joe Harriott’s Indo Jazz Fusions. Chronologically later similarities can be made with John McLaughlin’s Shakti and this is represented by the guitarist’s own composition “Mind Ecology”.

Given that this was captured live at Church of Sound in East London, the recording quality is first class and includes the occasional burst of audience appreciation. As with the opening track, Pharoah Sanders’ “The Creator Has a Master Plan” is afforded the unhurried space to allow the groove to develop which adds to the depth of performance.

Whilst guitarist Giuliano Modarelli might understandably be overshadowed by the Mahavishnu, his interpretation of McLaughlin’s “Mind Ecology” from Shakti’s Natural Elements album (CBS, 1977) is nevertheless both convincing and engaging. “Malkauns (Part 1)” and “Malkauns (Part 2)” are, respectively, a traditional tune and one written by the Hindi composer duo Shankar Jaikishan. The latter track is a raga gleaned from the album Raga-Jazz Style (His Master’s Voice, 1968).

London-based percussionist and composer Sarathy Korwar was born in the United States and raised in India. He was trained as a classical tabla player under the guidance of Shri Rajeev Devasthali and Pandit Sanju Sahai but is equally at home on the conventional drum kit.

Unusually (for jazz), Korwar graduated with a MMus in Performance from London University’s School of Oriental and African Studies. In recent years he has collaborated with the likes of Karl Berger, Arun Ghosh and Shabaka Hutchings. In 2015, he was invited to perform for the Dalai Lama at the Royal Opera House in London and in June 2016 he supported Kamasi Washington on his UK tour, receiving rave reviews. He leads the UPAJ collective, an assemblage of jazz musicians and Indian classical musicians brought together through a love of jazz, Indian classical, collaboration and improvisation.

Whilst it’s true that not all the tracks on this double CD (and three-record vinyl) are directly Eastern-related, the music here is imbued with a sense of fusion in its most literal interpretation. Thus, Alice Coltrane’s hypnotic “Journey in Satchidananda” is an amalgamation of the mystical and the rhythmic. Coltrane’s harp in the original version is substituted here by a sitar and dulcimer-like santoor and to great effect too. But the overall dynamic is huge, especially when joined by the horns. The same can be said for Abdullah Ibrahim’s “Hajj” from his 1977 album The Journey; the essential groove of Ibrahim’s original recording – introduced at the start of this set – is still there, with the added bonus of wordless Konokol vocals.

Another early example of Indo-jazz fusion is offered with “Earth”, taken from Joe Henderson’s 1974 album The Elements, which also featured Alice Coltrane. The track here is augmented with more wordless vocals from Aditya Prakash, but more in a chanting style. Tamar Osborn’s baritone sax rightfully takes centre stage in this magnum opus, later harmonising with the vocals and evinces ecstatic whoops from the audience.

Perhaps the real revelation of this album (certainly for this reviewer) is Ravi Shankar’s “Mishrank” taken from his 1980 Indo-jazz album Jazzmine. This was Shankar’s attempt to fuse pop, Indian and jazz together but Ravi Shankar and jazz? Who knew? But it works, surprisingly well too.

The finale is Don Cherry’s “Utopia and Visions” from his 1972 double album Organic Music Society which imparts all the complex, visionary qualities that epitomised the late trumpeter. But this, along with all the preceding tracks on this album, typifies Korwar’s outstanding achievement with an astutely curated selection of non-originals presented in a timelessly attractive mélange of styles that laudably reveals music that may have been undiscovered, overlooked or forgotten. As an album of consistent beauty and imagination, it too will stand the test of time.

Jazz Journal - 28 December 2021
The most immediately striking thing about Dick Morrissey's tenor playing is its tremendous swing. It is no exaggera­tion to say that the music on this record swings as much...