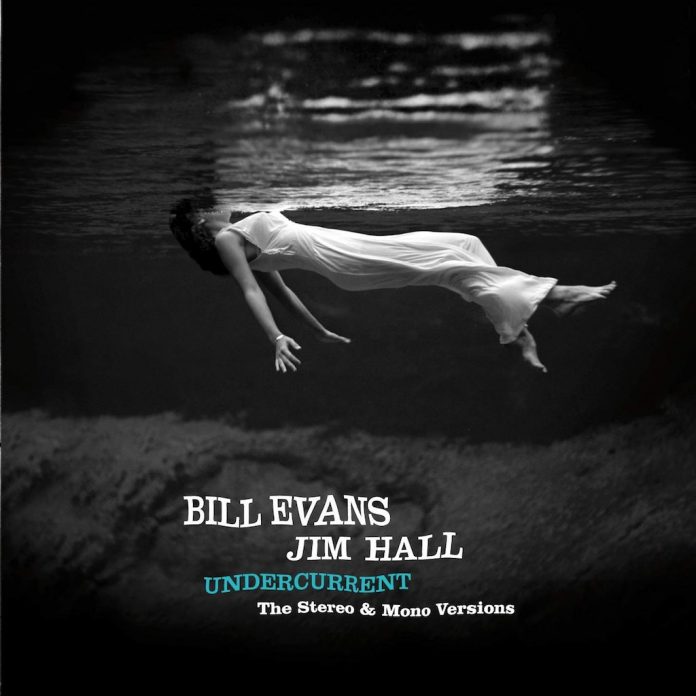 Barely a year after Bill Evans’ bassist Scott LaFaro’s tragic and untimely death, the pianist emerged from a period of mourning to record three albums. The first, a solo session which was not released for many years, was followed by this remarkable duet session with guitarist Jim Hall.

This was actually their third studio date together since cutting John Lewis’s 1959 album, Odds Against Tomorrow. Evans and Hall collaborated again just a couple of months later on to produce the album Interplay, of which the first three of four sessions are included here as bonus tracks. But this is a considerable plus since what is offered on this double CD is, essentially, two Evans/Hall albums.

However, for Interplay two sessions were recorded. The first was with Freddie Hubbard, Percy Heath and Philly Joe Jones. This session was the one used for the album release. The second session, apparently problematic, was later abandoned and featured Zoot Sims and Ron Carter minus Hubbard and Heath although Jones returned on drums. Happily, some of these second session tracks are also included here.

The ostensible selling point of this double CD set is that it’s furnished with both mono and stereo versions of the memorable 1962 recording sessions. Weirdly, the mono version appears for the first time ever on CD.

Whether this dual-format presentation adds to the attractiveness of this two CD release is moot. Even on the first (stereo) CD, there is no dramatic twin channel presence, instead it’s all rather subtle, with the guitar in the middle and the piano taking-up the whole  bandwith. In any case, the primary feature of the album is the almost hypnotic interaction between the two musicians. Apocryphally, it was said that they dug the duo session so much that they carried on playing long after the recording was completed.

With numbers such as “Darn That Dream” and “Romain”, the two players can be heard in an extraordinary, organic fusion of guitar and piano. Whilst the natural volume of a piano can potentially overwhelm even a modestly amplified archtop guitar, the balance here is so perfect that the two instruments meld together seamlessly.

The Interplay sessions are equally terrific; Hubbard’s playing is particularly lithe and refined. The second session with Sims is also entrancing, and benefits from several Evans’ originals including the sprightly “Fudgesickle Built for Four” and his gorgeous ballad “Time Remembered”, embellished by Sims’ sumptuous tenor.

Evans and Hall played together again on The Gary McFarland Orchestra With Bill Evans and for their second and final duet session on the 1966 album Intermodulation. Sadly they never recorded together again.

Gordon Jack - 31 January 2019
When Cal Tjader left the George Shearing quintet in 1954 he formed a group that specialised in a highly successful fusion of Latin American with bop influences and his...

Peter Furlan Project: Between The Lines