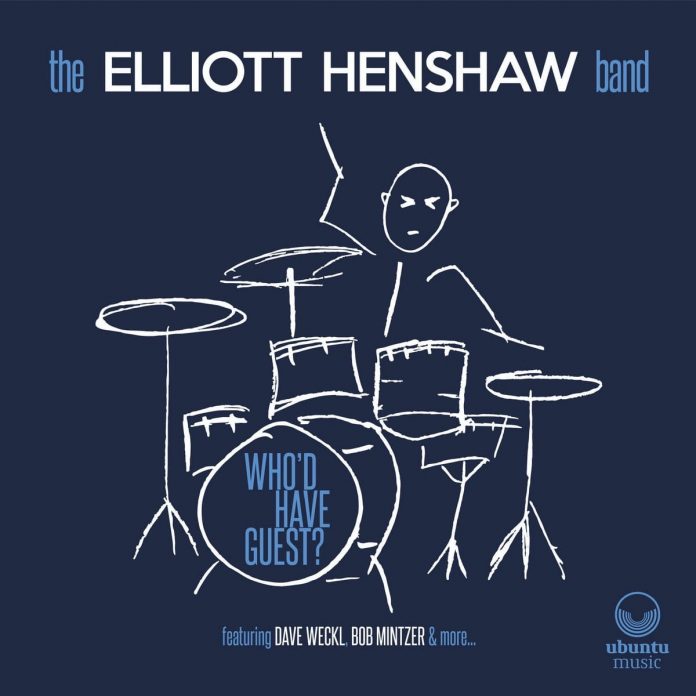 Elliott Henshaw is an in-demand drummer who has worked with a wide range of rock and jazz musicians, indeed everyone from Mike Stern and Georgie Fame to Shirley Bassey and both John Lord and Roger Glover of Deep Purple, which is probably the first and only time that group has been named in Jazz Journal.

For this project, he has assembled a strong quintet, supported them with added instrumentation where appropriate, and then asked a guest or two to sit in on each track. Five of the 11 tracks are by him, the rest by the band and guests.

Predictably, the results are what might be expected from such a professional outfit, with sleek arrangements, driving rock beats and nifty funk predominating, and the odd solo, notably Bryan Corbett’s trumpet on Direct Input and Matt Steele’s welcome piano on the aptly named Trying Too Hard, standing out.

Gwilym Simcock briefly rescues an anodyne Along Came Milly with a nicely contoured solo, vocalist Miranda Wilford decorates the compulsory street vibe of Monte Carlo, while another vocalist Noel Sullivan, adds commitment to Faithless. Yet the number of different guests is not to this set’s advantage, as no one has enough space to stand out enough and their stylistic variety is too great.

But at least they do provide some variety, which is more than can be said for the main band, who trade in slickness and predictability. Every saxophone solo recognises David Sanborn, the arrangements veer between studio-rock cliché or easy-listening funk, and each formulaic track glides all too seamlessly into the next, the Tutu-era distilled funk of Red Beret and the well-crafted Scotty The Brave excepted. Sorry, but this lot can do better.

Michael Tucker - 06 August 2020
Having enjoyed Norwegian drummer Nilssen's work in the quartets of his compatriot, bassist Arild Andersen, and Polish saxophonist Maciej Obara, I was very much looking...