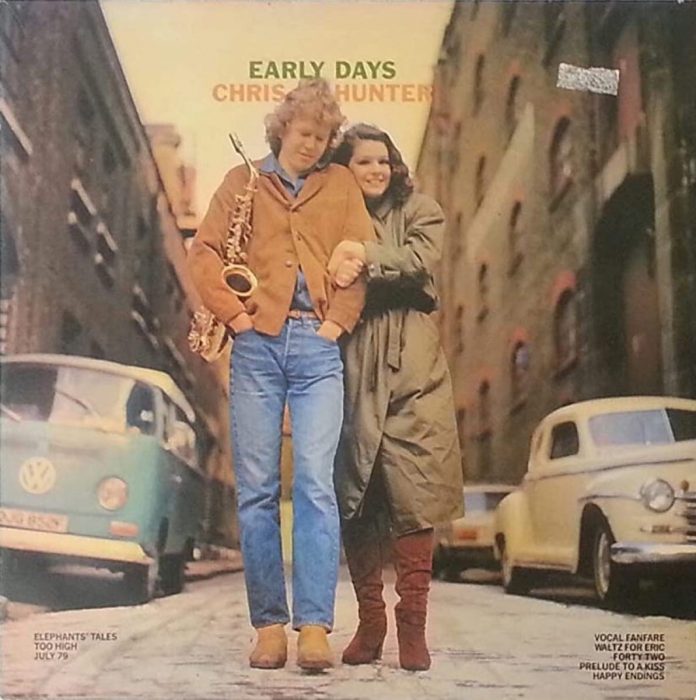 I may be violating some obscure code by reviewing this record, because I also wrote the sleeve note, but never mind. The important thing, as far as I am concern­ed, is to get as many people as possible at least to hear it – and preferably buy it. (No – sleevenote writers don’t get royalties.)

Chris Hunter is absurdly young and phenomenally gifted. I heard him in person the other night and was forcibly reminded of Tubby Hayes. Not that they are remotely similar in style, but there is that same absolute grip, the same technical mastery and overflowing imagination. Listen to Elephants’ Tales if you want evidence – the fast theme and tenor solo – or the climax of the alto solo on July 1979. The difference is that Chris is more in control of his destiny than Tubby, better managed and pro­bably more worldly-wise. The cover-picture, a witty pastiche of ‘The Freewheeling Bob Dylan’, is typical.

As the title suggests, it is early days yet. This is his first album and he will go on to greater things. But I have no doubt that he is the best we’ve had for years, an artist of distinction.

Never mind whether you like ‘jazz-rock’ or not; listen to the authority and panache of this play­ing and you will be as certain as I am.