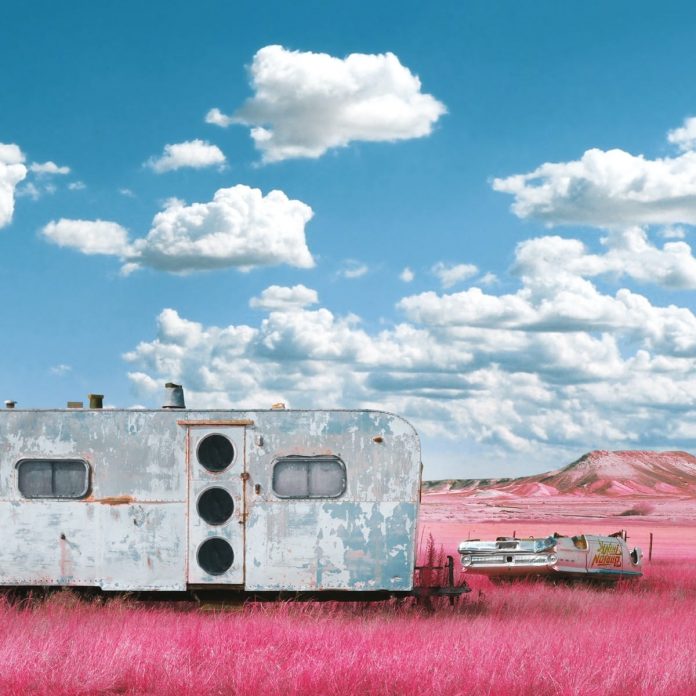 When I saw the name of Barton Think, I assumed some connection with the Coen Brothers’ cult genre-bending movie Barton Fink, but if so, it’s not obvious.

The label Time Is The Enemy maintains affiliations with Italy’s Jazz:Re:Found festival whose vision is to unite various strands, breaking down stereotypes, and the label has the intention of “sublimating melodies and different musical genres into one magical expression”. It goes on: “Barton Think, we believe, personifies this sensibility of ours thanks to the unique sounds and the mystery about his person.”

Barton Think certainly appears to be an enigmatic figure – the Banksy of sampling. The album sleeve gives little away – just a track listing and some credits, but apparently it is the artist’s most complete collection, Think having authorised it through fragmented voice notes sent to the label. He evidently had two prior releases; From Dollars To Mars (2003) and The Jazzman (2007), both limited self-presses and virtually inaccessible.

I suppose it fits into nu-jazz, blending electronica, funk, jungle/drums and bass, and there are collaborations with neo-soul-jazz artist Colonel Red, Dynamite MC, and soul singers Denitia and Krystal Hardwick. The only real links with jazz are two brief extracts of what sounds like Duke Ellington speaking.

It hardly falls into the area of all-encompassing though, and seems formulaic and stylised, with a relentless, unimaginative beat throughout most of it. There are moments of interest – mainly Colonel Red’s vocals, the interwoven string instruments on Voices and the inclusion of Maya Angelou’s poem Human Family (although not delivered as effectively as the writer herself) – but these are few and far between, and it’s not long before the electric pulse resumes. Realistically, it’s outside JJ readership’s usual interest . . . although I could be wrong.