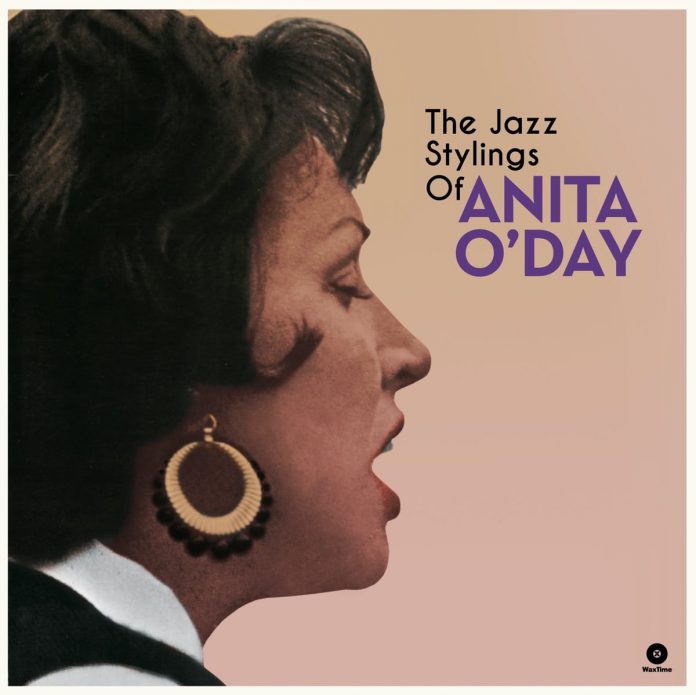 The original UK vinyl release of this album on the Verve label (VLP 9125) was in 1966, sporting a compilation of tracks taken from the substantial discography O’Day had amassed for Norman Granz. It came with a sleeve note from Alun Morgan, which is reproduced here for this 180gm vinyl reissue.

In addition, we acquire two bonus tracks not included on the original LP, namely Whisper Not and Memories Of You – the Benny Golson classic having a contribution from Roy Eldridge not indicated on the personnel listing and the Blake/Razaf standard being a pre-recording for the soundtrack of The Gene Krupa Story.

As quoted on the sleeve, the singer insisted “I am not a singer; I’m a song stylist” and there is plenty of that style to be heard here, whether backed by large orchestras or small jazz groups. That throaty delivery distinguished her from other singers. Her voice was a mobile instrument capable of coping with whatever tempos were thrown its way.

She could swing and improvise with the best of them, clearly evident across the majority of these 18 tracks, even allowing for one or two of the arrangements not really doing her justice. It could be argued that she always sounded more at home in the company of smaller groups. There is an opportunity for the listener to make their own comparisons here.

Her interpretations of Four, Four Brothers and Stompin’ At The Savoy are first rate, balanced out by some excellent ballad performances. Slaughter On Tenth Avenue, an unwieldy proposition for a vocalist, is perhaps the only real negative.

Reissues such as this serve as a reminder of O’Day’s status amongst jazz singers past and present.

Andy Hamilton - 12 May 2022
Except for honorary Americans like Oscar Peterson and Paul Bley, Canadian jazz remains seriously neglected. Brodie West and his cohorts are some of Canada's top jazz players. West is...