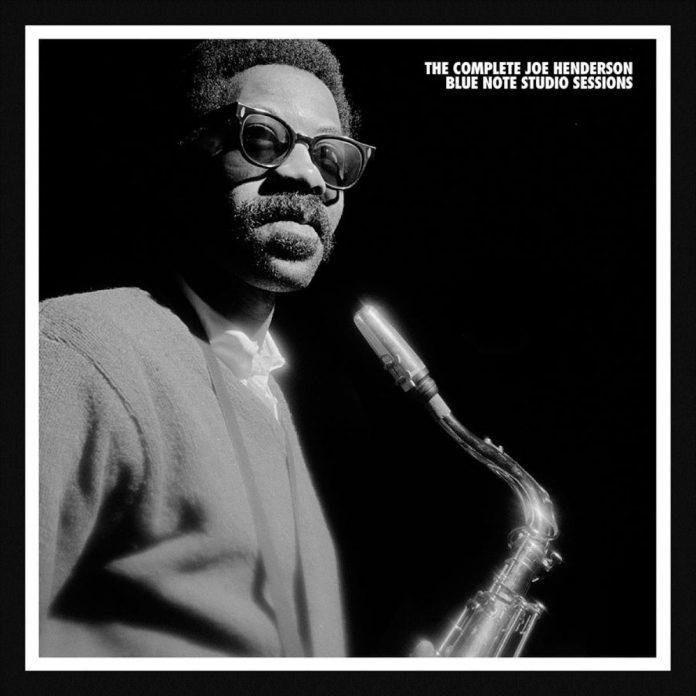 I’m not so sure about “The Complete…”, since five of the tracks are extracted singly from Blue Note albums that have Joe on the remaining ones, not in this box. I’ve included the name of the leader of each group at the beginning of its personnel and also the titles of the various albums.

This is top of Division One stuff from the Hard Bop Premiership. I was going to give it four stars, but as the music overwhelmed me I moved it up to the “great” category where you’d find the classics of Miles, Louis, Duke and Bird.

Henderson died from emphysema (he was a heavy smoker) just 20 years ago when he was 64. He was an eloquent original, slightly younger than his friend John Coltrane and he had reached a lot of Trane’s methods and conclusions before he ever heard the onlder man. When they did meet they instantly became friends. He merited an eminence which both he and his mentor Kenny Dorham never received, except from fellow musicians, despite their considerable contributions to jazz.

Happily Dorham is potently present throughout most of the first two CDs and there’s a magnificent display of his cutting eloquence on the 15-minute Una Mas (sic) that opens the set. He and Joe inspire each other and the cumulative effect of Henderson’s playing over the five CDs is thoroughly memorable, with the remarkable cast list responding accordingly.

If one knew of Joe’s teaching career but not his recordings one would expect a sober presence (someone described him as “professorial”) but the unsuppressible original who bursts through every track was surely one of the great musicians of his day. Only rarely does he allow touches of free form to enter, and the fire and logic of his solos blaze through the speakers. The 14-year-old who depped one night with the Lionel Hampton band and was daunted by the presence of Clifford Brown and Art Farmer is long gone as we listen to a giant in full maturity. The surrounding teams are fit for his needs and, coincidentally, there are several brilliant displays of small-group drumming from Elvin Jones.

Van Gelder’s Blue Notes are as always everything one could wish for, and if the spotlight ever moves from Joe it’s to admit a telling solo from Morgan, Dorham, Fuller or one of the super pianists.

You’ll find much rampant joy in Joe’s playing, belying his sober remark to Mark Gardner in Jazz Journal in August 1985: “Becoming known as a great soloist is for whoever needs that sort of ego stroking. Just let me interpret something like it should be and do the greatest job that anyone could – like a craftsman.”

And here’s your memorial – to a craftsman.

Gareth Thomas - 08 July 2019
Alto saxophonist Jim Snidero has built up an extensive catalogue on Savant, and on Waves Of Calm – his eighth release for the label – he is joined by...