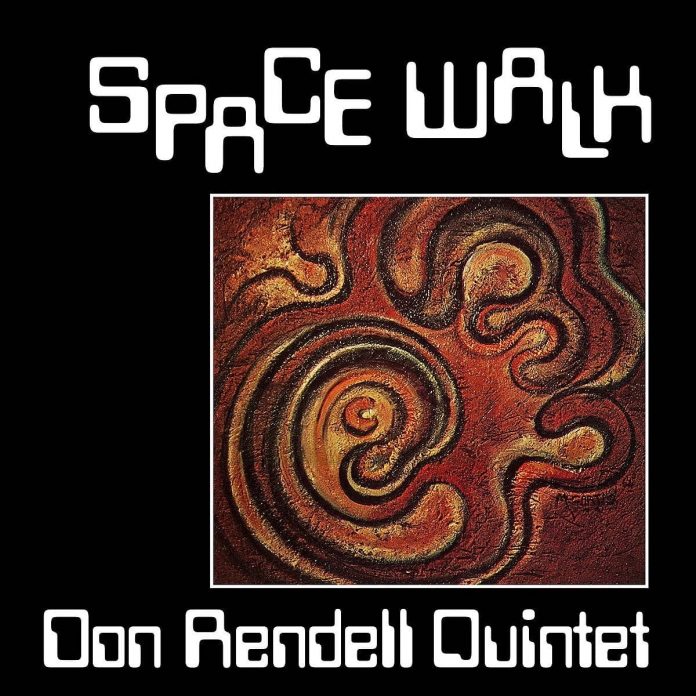 This LP is released in the Decca British Jazz Explosion series under the banner Modern Jazz In Britain. It was Rendell’s last for the Lansdowne series of recordings and he then went to the smaller Spotlight company. Although very different to the previous quintet with Ian Carr and Michael Garrick, the music is in the time- honoured bop style with contemporary flourishes.

Rendell was always a traditionalist at heart and had no time for electronic instruments, rock beats or all-out free playing. His tenor solos on this release indicate his ongoing fascination with Coltrane and there are modal sequences here and a hardening of his earlier sound. On The Way finds the quintet in full flight, edging towards free expression but not quite jettisoning a steady time frame and avoiding loud screams.

Rendell’s solo is followed by one from Stan Robinson, an ideal running mate, as these two were certainly on the same wavelength. Antibes is a more relaxed piece, written by Rendell, to resemble a warm, summery atmosphere – his words. Robinson, Peter Shade and Rendell all play various flutes on this one, after the leader’s tenor excursion.

Euroaquilo is a 12-bar blues in five-time, kicked off with a drum solo by Tomkins. Robinson solos first on tenor, his sound straightahead, if slightly pinched. Rendell gets more into the blues and has a more robust tone. In terms of improvised solos though they are quite similar in approach and play. A Matter Of Time is uptempo and blues-based with what Rendell described at the time as “a modal plateau at the end of each chorus”. Peter Shade’s Space Walk shows what a full sound the rhythm section could conjure up with just vibes, bass and drums. Saxes enter towards the end.

This is a good record, in the tradition, just, but moving out towards more free styling. It did not sell well on first issue but buyers may have been put off by the abstract brown and orange painting and stark computer type graphics on the cover. The reissue retains the original cover style, and the sound is brought to realistic life by the Gearbox engineer’s remastering and cutting from the original tapes.

Gordon Jack - 26 January 2022
Chris Connor made her singing debut during the last hurrah of the post-war big band era. A well-schooled musician who had studied the clarinet for several years, she started...