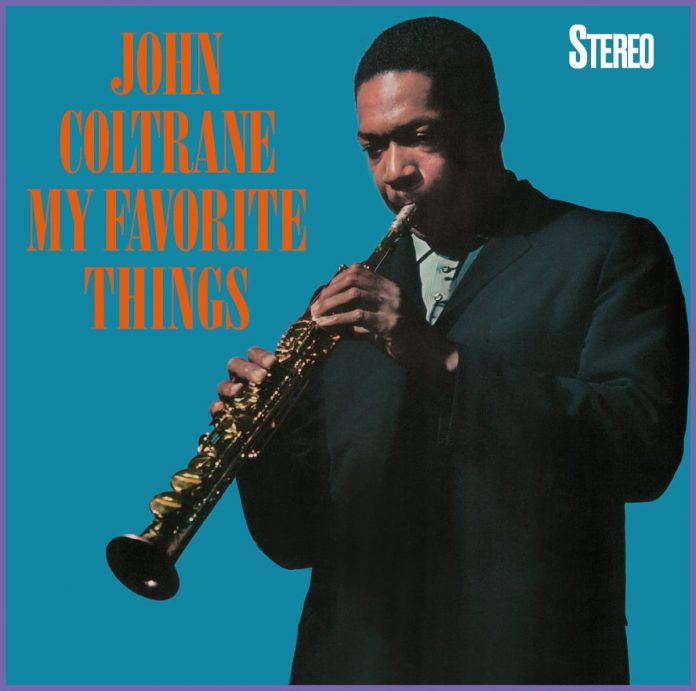 A good way to bring home to oneself one’s great age is to play a 60-year-old Coltrane album like this. I was in the vanguard of welcoming Africa Brass and its forerunners when they first came out and seemed to be some of the most exciting jazz ever. Now the best word for this album is “routine”. (On the other hand the superb analysis of Trane’s modifications by Lewis Porter in his bible on the saxophonist shows just how complex was Trane’s reworking of the title track for his soprano).

McCoy Turner sometimes sounds even ponderous, although his fleet solo on But Not For Me is dazzling. And one occasionally wonders who John Coltrane is fighting. The excellent Steve Davis was the quartet’s first bassist and went on to play in Tyner’s quartet after they’d left Coltrane.

Everybody perks up on the bonus set from Newport, which shows what a difference nine months has made to the group. McCoy is flying throughout and Trane is surgingly eloquent on Impressions. This and the ever-beautiful Naima are the best tracks on the album, although this version of the latter doesn’t have the perfection of mood of the classic version.

The second Favorite Things has weathered far better than the first and I’m afraid eloquent again is the only word for the improvement. Tyner here is a different being from the one on the original album. I suspect John must have hired the two bassists out of embarrassment at having promised the job to each of them. There seems no function for more than one. The Newport bit gains the four-star merit.

There are two albums on Avid by Trane, each called Four Classic Albums. One of them (AMSC 1115) has this album on it with three other albums replacing the above bonus tracks.

Wif Stenger - 02 February 2020
The crossroads of jazz and Arabic music are an unexplored outpost to most Western listeners, besides maybe the work of French-Lebanese trumpeter Ibrahim Maalouf, Tunisian oud player Anouar Brahem...