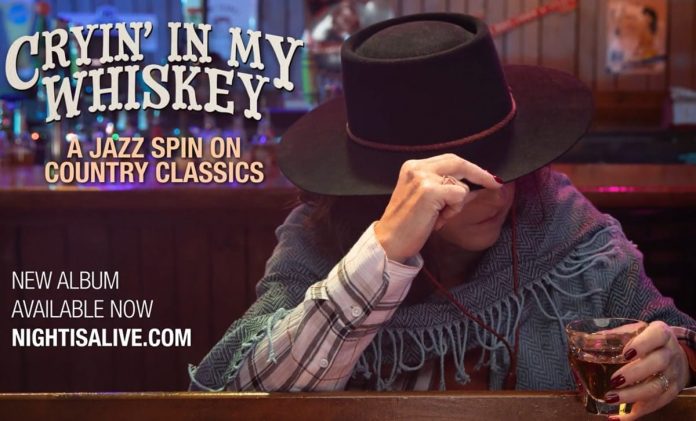 It is arguably a risk to combine country and jazz on one album, but Cryin’ In My Whiskey effortlessly amalgamates both genres in a setlist of familiar country favourites. Led by Siegel’s powerful vocals, the clear narrative often associated with country music weaves itself throughout the album, creating a great combination of emotions for the listener.

A chilled, laid-back effect is generated from the opening number, a cover of the 90s country classic Whenever You Come Around, originally performed by Vince Gill. However, Siegel’s interpretations throughout the album are no karaoke performance, but rather an accomplishment of stylistic freshness, almost as if the tracks were intended to be interpreted this way.

I was surprised by the decision to include Always On My Mind, with its infamous history of interpretations from Willie Nelson to The Pet Shop Boys. Once again Siegel’s approach breathes new life into the melody, accompanied by a reduced, subtle accompaniment over characteristically jazzy harmonies and rhythms.

Not threatening great artistic innovation, the album doesn’t require great deliberation or attentiveness. I personally advise dimmed lighting and a whisky on the rocks to pair perfectly with the music and produce enjoyable listening.