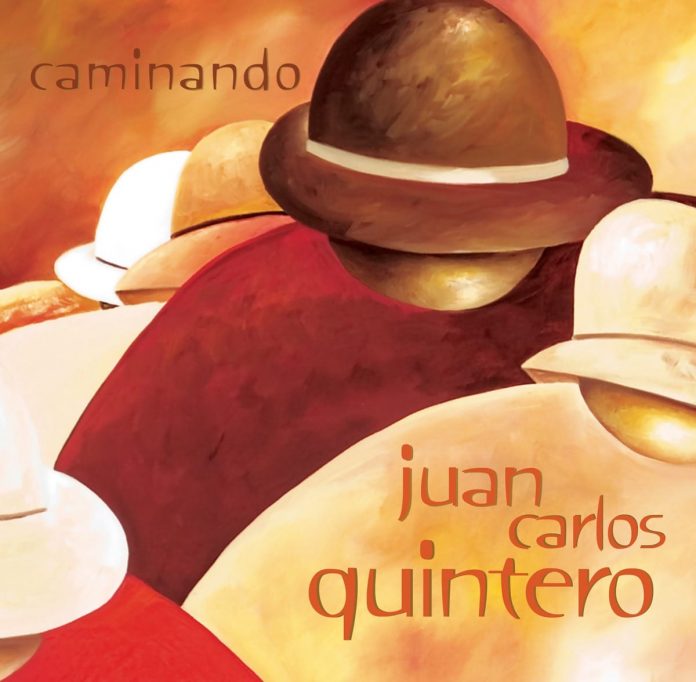 Caminando, meaning “walking”, doesn’t summarise the actual effect of this album. Rather, dancing, jumping and hip-shaking seem a better response as one is transported to the streets of Columbia by Juan Carlos Quintero’s animated compositions.

In this re-release of the 1997 album originally titled The Way Home, Quintero is aided by talented percussionists and piano and bass accompaniment. His clear, lyrical and catchy melodies are infectious and surely approachable for all lovers of music.

The interplay between guitar melody and ensemble playing is seamless. The predominantly homophonic texture is expertly conveyed in Libre, with slight moments of antiphony creating interest in an otherwise overall conventional structure.

The track Caribbean Sun Dance is worthy of a mention for how it contrasts with the other compositions on the album. It’s hugely percussive, the use of timbales and whistles surprising you from the opening of the piece and immediately setting the scene for an energetic and syncopated adventure.

The infectious energy of Quintero’s joyous playing should transport you mentally to a buzzing Columbian street. You can almost taste the refajo (Columbian beer and soda drink) on your lips, before you quickly open your eyes and notice it’s another rainy day in England!