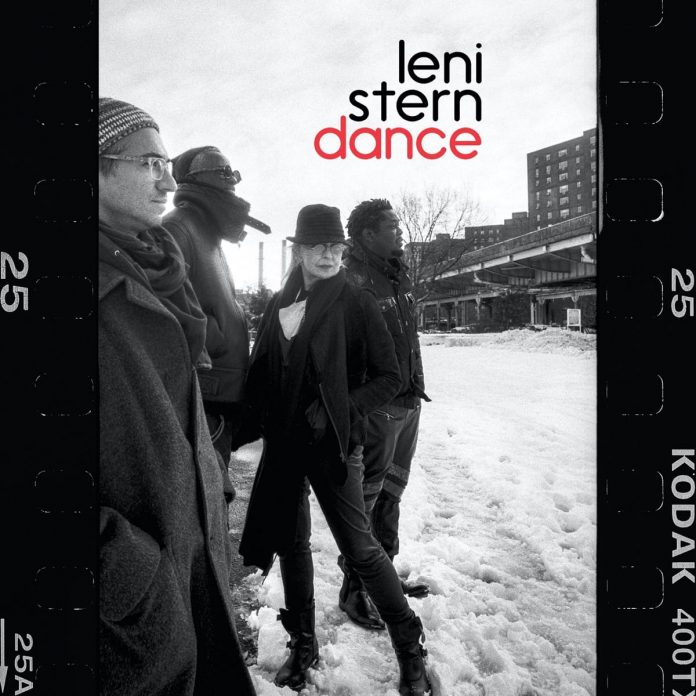 German-born and resident in the USA since the late 1970s, Leni Stern has built a consistent reputation as a leading jazz guitarist. Always interested in music from around the world, in recent years Stern has paid special attention to African music, forming a trio with Senegalese bassist Mamadou Ba and percussionist Eladji Alioune Faye, and later a quartet after the addition of Argentine keyboardist Leo Genovese.

For her 23rd album a fifth musician is added, namely Harouna Samake, who plays kamela n’goni. On this session, in addition to six-string guitar Stern also plays the n’goni, a traditional stringed instrument that might be described (perhaps clumsily) as a simple form of guitar while the kamela n’goni is a smaller, lighter-sounding version.

Technically, Stern is a highly skilled instrumentalist and she and her collaborators blend West African rhythms with South American melodies and touches of contemporary jazz that together make the group’s music rich, lively and entertaining. About this album, Stern observed: “Well, first of all, the music we made is so bouncy – the rhythms just took over! You can’t keep still, playing or listening – that’s why I titled it Dance.”

Stern sings on five tracks, her voice soft, the vocal lines frequently wordless. Indeed, the singing is used mainly as a part of the group’s ensemble sound rather than to convey songs – a voice with a story to tell in music not words. Mostly, this is ensemble playing, although Stern solos throughout, while Genovese is strongly featured on his own composition, Kani.

Stern’s words might also be used to summarise this release: “Music is one of the truest, most beautiful expressions of the human spirit, crossing borders, dissolving tribalism, binding us together – if we let it.”

John White - 01 March 2020
A previously unreleased 1962 recording at Seattle’s Penthouse Club for a radio broadcast, this has the Little Giant and Jaws in the compatible company of Horace Parlan, Buddy Catlett...