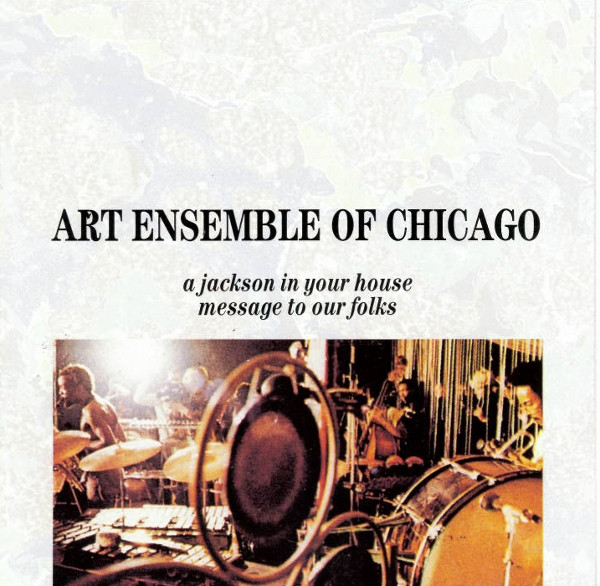 If CDs have a purpose, it is to re­cycle material like this: two clas­sic albums that on vinyl dis­appeared from all but the secon­dhand bins many years ago now recycled as 80 minutes worth of essential jazz history. For both A Jackson In Your House (tracks 1-5) and Message To Our Folks (tracks 6-9) come from the time the AEC spent in France in the late 1960s, a period mostly docu­mented on inadequate, fly-by-night labels.

The group were then at their most inventive and most flexible, exploring the uses and abuses of abstraction while at the same time linking such explora­tions to the tradition of great black music they have always promoted. Hence there is no abrupt jump between, say, the freely improvised accompani­ment to the poem that is Ericka and the bop workout on Dexter­ity, rather a seamless exploration of the limiltess potential of sound irrespective of what if any structure the piece might have. Don Moye was to join the group the following year, but as quartet they share percussive duties with the same cooperative ease that distinguishes all their work.

A welcome reissue, and I hope that Affinity will see fit to treat other items from the AEC backlist in the similarly generous fashion.
Simon Adams