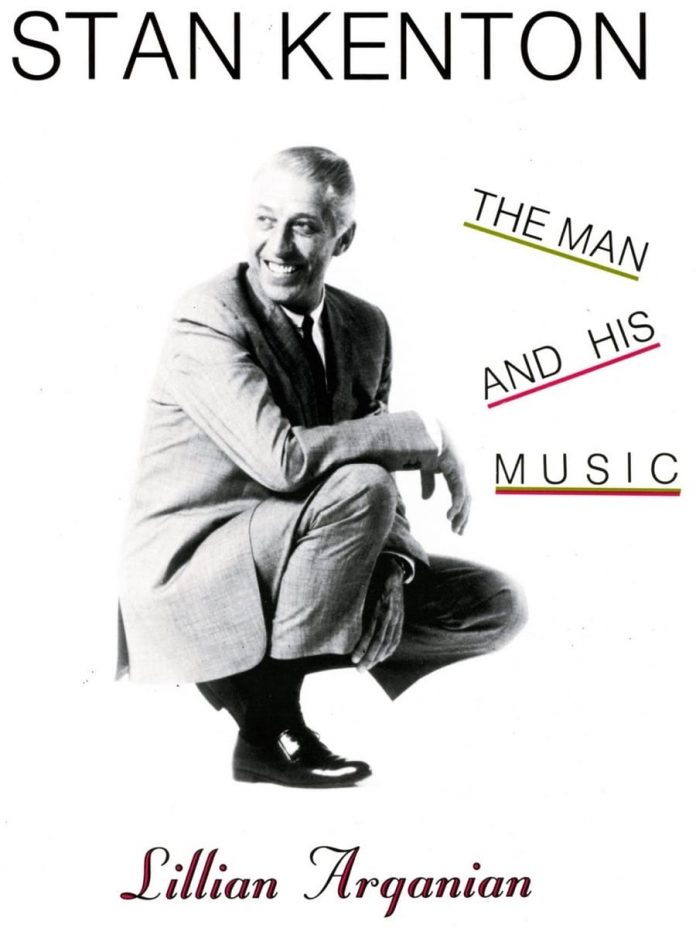 For a major jazz figure, Stan Kenton has had very few biographies written about him. Ms Arganian’s book, despite its title, is not a biography but a collection of inter­views with some two dozen musicians who have been associated with the various Ken­ton bands over the years. The interviews have been transcribed verbatim and are printed, three columns to a page, in a question-and-answer format. It is a style which doesn’t make for easy read­ing, particularly as every ‘Um-hm’ and ‘Wow’ is included.

But the book is not without interest and the author’s introduction, in which she charts the course of the bandleader’s career, has a warm, affectionate quality. For the most part the interviews would have benefited from being edited as a num­ber of them are rather rambling. Neverthe­less, we do get several excellent views of Kenton from a sideman’s angle.

The interview with Bill Russo is particu­larly enlightening in this regard. He points out, as did other interviewees, that the musicians in the band really wanted to play the Basie-style swingers and not the more avant-garde charts of Pete Rugolo and Bob Graettinger. It was their great loyalty and respect for Kenton which led them to stay and see out what he was attempting to do. But as Russo says: ‘Most of the people would infi­nitely prefer to play Gerry Mulligan and Bill Holman.’

Another interview I found fascinating was with baritone saxophonist and Kenton band founder member, Bob Gioga. His re­collections of Kenton span 20 years and go back to 1934 when he and his boss to be were sidemen in Everett Hoagland’s band. Despite my reservation about the way it has been set out, the book contains some excellent photographs and is a useful addi­tion to the rather sparse Stan Kenton bib­liography.

Fred Grand - 31 August 2020
Swiss-born percussionist and composer Martin Perret is a fixture on Berlin’s creative and improvised scenes, and L’Anderer ("other") is his main artistic outlet. Exploring his parallel interests in composition,...