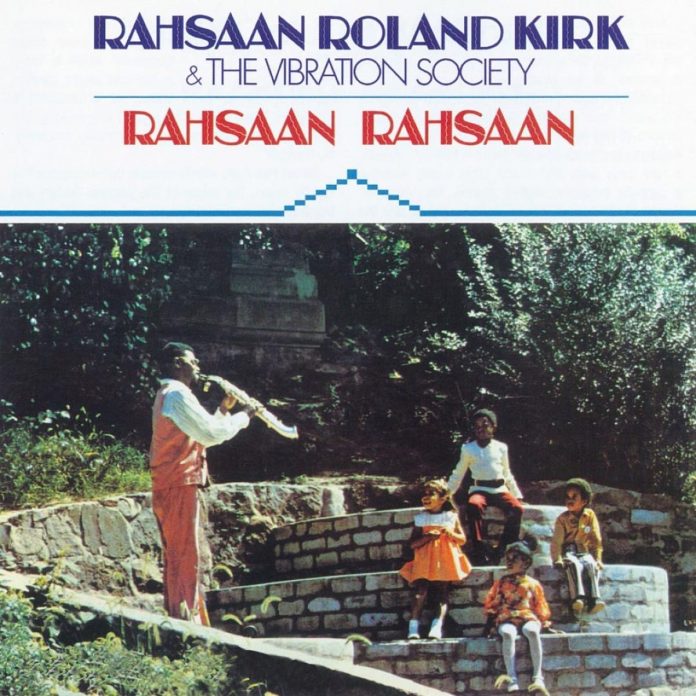 Every time a new Kirk album comes out the critic has to cope with a barely believable development in the man’s incredible style. Is there no limit to the distance his technique can be stretched? It would appear not.

It is a well-known psychological fact that the mind can devote itself to one thought at a time only – it is not possible, for instance to simultaneously draw different pictures with a pencil in each hand. At least, it’s not pos­sible for anyone but Kirk, because here he plays on two instruments at one and the same time on Sentimental Journey and Going Home. This is probably more of a psychological phenomenon than a musical one, but it con­firms the remarkable and exceptional talents that the man is gifted with.

He is utterly convinced and convincing and so far I’ve preferred each new LP to the one that preceded it. With this latest one and ‘The Inflated Tear’ one gets the impression that Kirk, always in such a rush to mature, feels that he’s reached a plateau in his de­velopment and wants to write and explore longer works – as he does here in his wonderful 17½-minute Seeker suite.

The piece begins with a free opening with commentary from Roland and a fine introduc­tion to the full-toned trombone of Griffin. After this long rambling intro the ensemble sud­denly hits out with a powerful fast figure that could have come from Mingus. The threaten­ing sound produced by tenor, trombone and tuba in combination is an exciting one and it leads to an extraordinarily agile solo by Johnson on tuba before a tearing and sudden cadenza from Griffin. The tempo returns for Burton’s piano solo, nicely conventional but still stimulating as the rhythm builds for Kirk’s tenor entry. He’s so good at the complex things that one tends to forget what a fine straightahead swinger he can be, and his tenor solo here is one of his best on record.

The final two movements of the suite, dedic­ated to Hodges, Parker and the New Orleans musicians, produce some fascinating music with Kirk revealing his exhaustive knowledge of the earlier musics. Thank You, Bird has some warm and swinging manzello work be­fore an absolutely straight switch into pure New Orleans style. Burton’s stride is precisely accurate and Roland’s clarinet soars with all the beauty of Bigard, Nick or Toby Hardwick. Griffin backs up well and the rhythm section is perfect in this remarkable creation and re­creation. More traditional music in Let Me Shake, with Roland singing the blues with all the conviction of a Chicago bluesman. Else­where the originality is sustained, but with references to sources, for example in the fine version of Satin Doll where Duke seems to be leaning on the piano approving.

A very good group which complements the remarkable doings of the leader very well. I wonder if it is a regular group?

The Seeker is a studio recording, but all other tracks were cut live at the Vanguard.

Nigel Jarrett - 26 April 2021
It's 60 years or more since Ornette Coleman presented his version of the shape of jazz to come and 56 between John Coltrane's appearance in Walthamstow on a Norman...