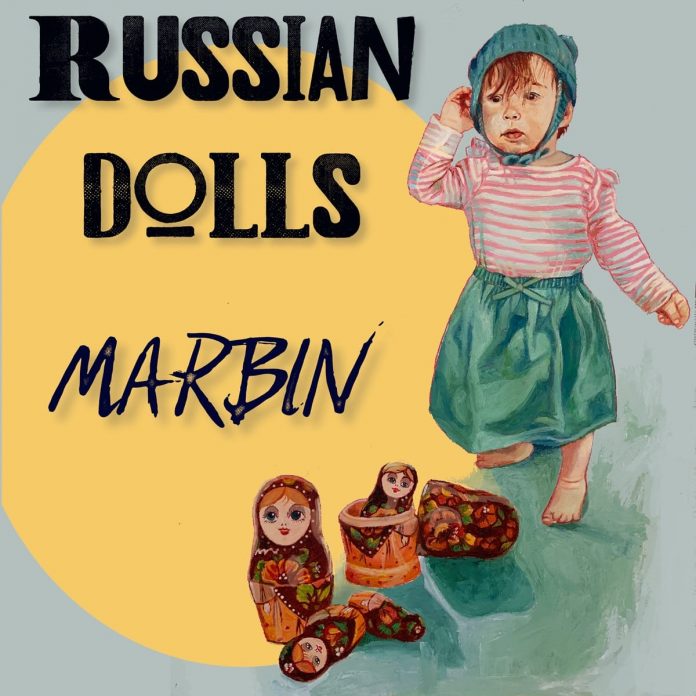 Marbin have been something of a best-kept secret. Through word of mouth alone this Chicago-based band has amassed hundreds of thousands of devoted fans worldwide. Over the last decade they’ve been almost constantly on the road, played more than 200 gigs a year in towns across every state of America and released nine albums. They test new material on tour for several months and when they feel it’s ready they enter the studio and record in a single take as if it were a live show. The results are superb.

Saxophonist Danny Markovitch and guitarist Dani Rabin formed the band in 2007. With changing personnel it’s usually been a quartet or quintet but on this album it’s a trio with Antonio Sanchez on drums. Sanchez has worked with Pat Metheny for several years and is a bandleader in his own right.

The seven compositions on Russian Dolls, penned by Markovitch, are an exquisite blend of jazz, Israeli folk music and tinges of tango. His spirited soprano sax is joined by Rabin’s harmonic interplay on acoustic guitar. It’s splendid stuff, highly melodic and often profound in its intensity – so good I’ve nearly worn out the CD. Here’s a flavour: Things Of Dry Hours.

Russian Dolls comes with Ten Years In The Sun, an album of virtuosic solo performances from Rabin combining classical and jazz guitar. These are captivating arrangements that really do touch a chord. All are Rabin originals. Here’s a taste: Daffodil Machete.

This double CD has an attractive digipack design and surrealistic artwork in line with previous releases. However, the predominantly acoustic content of both albums is markedly different from the jazz-rock delivery of the band’s back catalogue. I think it will become a collector’s item due to its uniqueness amongst Marbin recordings and owing to the limited copies available.

John White - 24 May 2019
In his autobiography, A Jazz Odyssey, Oscar Peterson pays a warm tribute to his fellow Canadian David Young who helped him recuperate after his stroke and begin playing again....