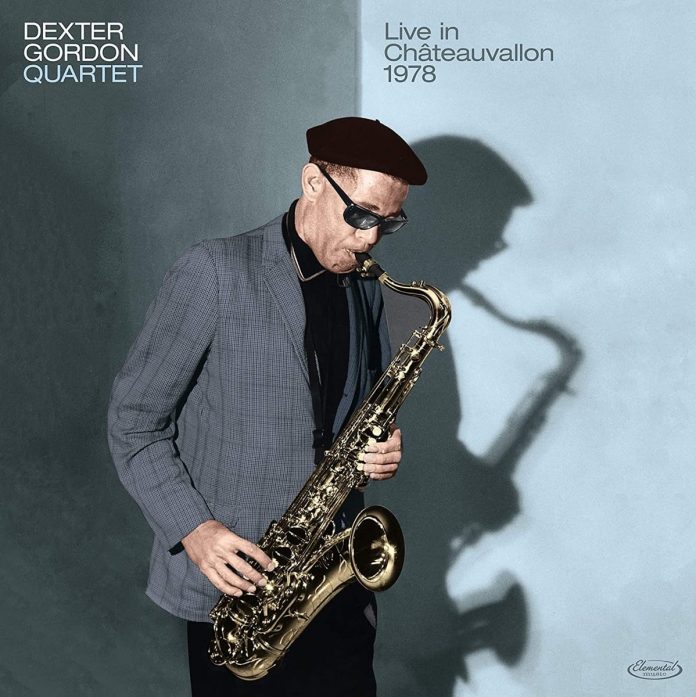 Quite often, after a little digging around, claims that discs contain previously unissued tracks are found to be spurious. But on this occasion I can confirm that Live In Chateauvallon 1978 does indeed contain fresh material for the jazz follower to savour.

It’s from a live concert, recorded in the same year as Gordon’s Great Encounters album. It’s taken far too long to release but it’s all the more rewarding thanks to its surprise appearance. At this juncture the saxophonist seemed to be particularly happy in his own skin, using sidemen he was decidedly enamoured of, leading to an impressive collective cohesion.

Apart from the closing Long Tall Dexter, used ostensibly as a closing announcement, all the tracks are very lengthy at over 20 minutes, with Gingerbread Boy coming in at close to 38 and giving the quartet plenty of time to strut their collective and individual stuff.

The recording quality is perfectly okay, Rufus Reid well up in the mix (a favour not always accorded to bass players in live situations) and we can forgive a piano on the edge of needing some fine tuning.

Dexter seems in relaxed mode. This should not be confused with being uncommitted, as his outing on Gingerbread Boy attests. It’s a long, whirlwind excursion for all, the leader really upping the pace, although never afraid to repeat a favoured phrase or throw in one or two of those famous quotes, always a feature of his extensive solos. One can imagine that if this had been part of a JATP concert a few rear ends would have come off seats.

The opening Tangerine is yet another example of Dexter’s penchant for quoting part of a tune’s lyrics before unveiling its opening bars. He performs the familiar melody in a routine manner before embarking on a long solo prior to his bandmates telling their own story. When the tenor returns, there seems a marked reluctance to put the piece to bed.

Horace Silver’s Strollin’, a medium-tempo option, exposes the listener to a number of quote interpolations (only Dexter and Sonny Rollins seemed to get away with it without criticism) with Out Of Nowhere getting two showcases. For this piece Cables doubles the time during his solo.

Dexter opens up in lyrical mode on More Than You Know, taking his time to introduce the tune, and seems happy to stay in that area – some of his low notes come straight out of the classic tenor school. By contrast pianist Cables is in playful form, noodling in and around the chord structure, hinting at a touch of stride one moment, spinning out quick-fingered single-note lines the next.

There is not a lot of difficulty in recommending this set to Dexter Gordon admirers and simply anyone who needs to remind themselves of his place in the saxophonists pantheon.