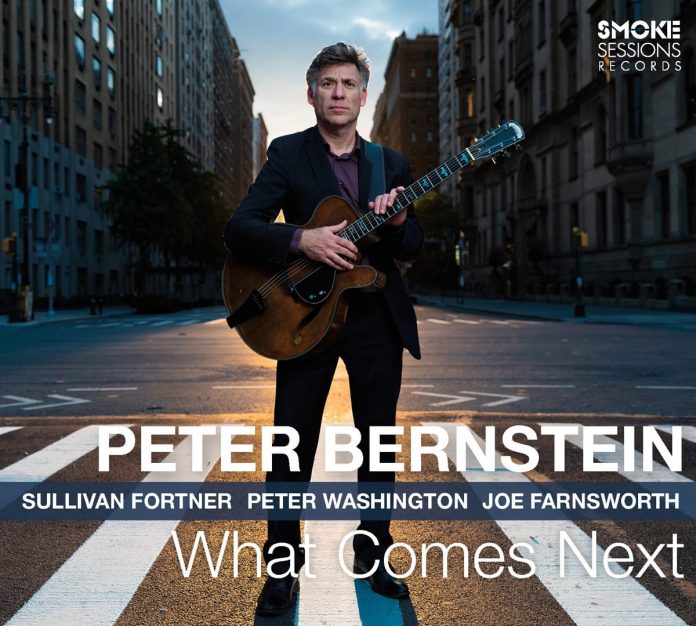 Guitarist Bernstein’s CV and discography speak for themselves, and in the latter case anyone who’s reasonably well informed about the music will be able to figure the idiom he works in from the names he’s recorded with. The same goes for the label this album’s on, which is at least his third for that concern. The quartet of piano, guitar, bass and drums has been constant on all of these releases, but it hasn’t led to any diminution of freshness or the sense of joy that’s always welcome when it comes to the bop and post-bop mainstream.

Two thirds of the programme consists of Bernstein originals. Opener Simple As That has sufficient spontaneity and warmth about it to summon up visions of walking into a venue to be welcomed by it, as indeed we might have done back in those heady days when the reality of live music in venues was balm for the unquiet soul. Pianist Sullivan Fortner has recorded with guitarist Lage Lund in the past and it’s clear from his concise yet expansive solo on this one that he’s mastered the art of “less is more”.

In days like these Harbor No Illusions feels like not only the title of another Bernstein original but also a useful piece of advice. The musical reality of it is on one level a vehicle for blowing on, while on another it’s shot through with a deeper musical substance than anything that overused term might imply. To say that the quartet’s notable in its consummate professionalism on this one is to merely to skim the surface of what they do, because that description might imply a sterility that’s happily absent.

Bernstein makes his strings sing in places on the Fischer-Laine staple We’ll Be Together Again, and the whole group delivers a performance not without pathos, one which has the effect of the best kind of reassurance – that is, one that’s wholly sincere and marked by essentially timeless verities.