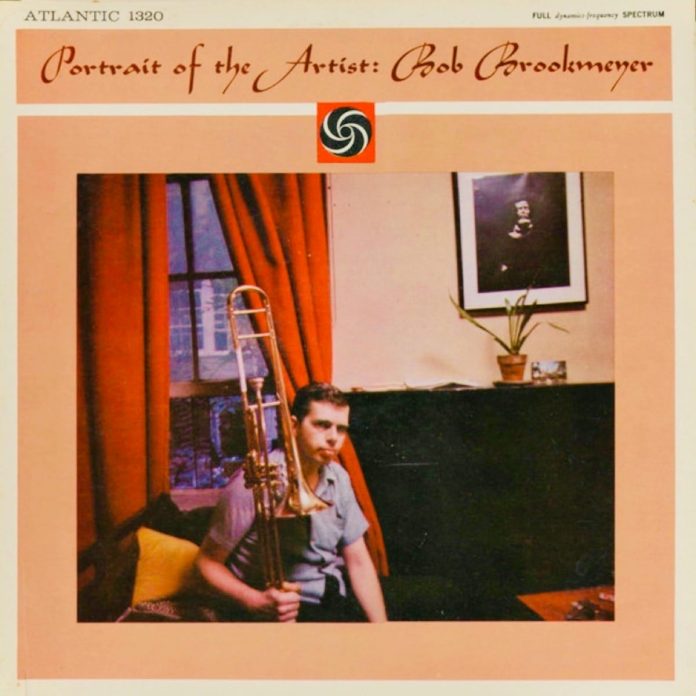 The portrait of Mr. Brookmeyer painted here with the aid of large masses of talented musicians is tedious, cliché-ridden and apathetic. His lengthy “Blues Suite” is a piece of junk and if this wasn’t a clean-living, family magazine this musical mess could justifiably be described in terms more forthright and four-lettered. Mr. Brookmeyer must, on evidence presented here, be a fantasti­cally vain man; only vanity, a pardon­able enough sin but one which record-buyers can’t be expected to underwrite, could have justified dignifying this hotch-potch of borrowings with the title of musical composition.

What gets into these people? Granted that Mr. Brookmeyer is a brilliant valve-trombonist and granted, too, that he plays the piano very well and has a charming leaning towards Kansas City jazz, what in this great, green world ever possessed him to give such immature musical meanderings the unfortunate permanency of a 33 rpm record?

Oh, well, there are mysteries every­where.

For the rest of it, there are four com­petent charts played quite well by such great musicians as Ernie Royal, Al Cohn, Gene Quill and Ray Copeland; they all solo beautifully. And it must be noted that Mr. Brookmeyer is an undeniable master of the valve-trombone and that he does play the swinging hell out of a piano. It is, in fact, on piano that he performs most creditably here.

A further point. On the sleeve-note Nat Hentoff makes chic references to Herriman’s strip-cartoon classic “Krazy Kat”. To the best of my knowledge, and as far, also, as Charles Fox and Benny Green can recall, this strip never appeared in Britain. So what are knowing references to it doing on this sleeve-note? The Decca habit of printing U.S. sleeve-notes intact is a slothful one.

John White - 23 January 2022
Most critics agree that Sinatra’s first studio collaboration with the Basie orchestra in 1962 is one of the best of his Reprise albums. With carefully-crafted arrangements by Neil Hefti,...