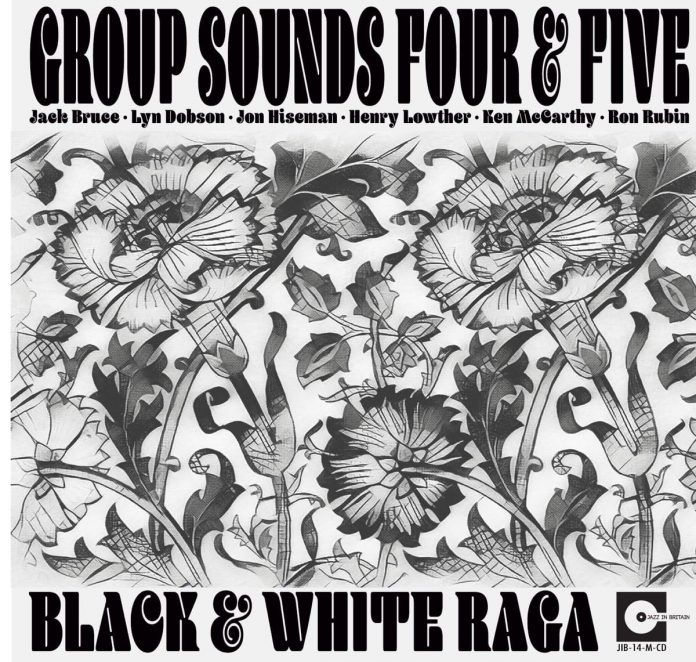 Despite Beatlemania and the Swinging Sixties fizzing all around it, the London jazz scene at that time was full of young bands determinedly getting themselves together. Group Sounds Five was one of the best, both as an ensemble and individually. If you want proof, then listen to Celebrity Stomp here. You can tell that this was a band that really rehearsed, not just running through tops and tails, but rehearsing in depth. The trumpet, tenor and piano solos are as much part of the whole piece as the tricky theme and the arrangement, both by pianist Ken McCarthy.

Like other bands at the time, GS5 didn’t have a lot of work and its members were either picking up gigs here and there or doing day jobs, sometimes both. With record companies showing little interest, the only way for most bands to get themselves widely heard was through radio. Fortunately, the BBC had producers who kept their ears open and commanded a reasonable amount of airtime to give newcomers a platform. Now, more than half a century later, recordings of these broadcasts are being unearthed, often from private collections. These two sessions come from an archive compiled by the late Jon Hiseman, drummer with both GS5 and GS4.

Chronologically, the CD presents the sessions in reverse order. The original Group Sounds Five, with McCarthy on piano, had a very different feel from the later Group Sounds Four, under the mercurial influence of Jack Bruce. The former can be heard at its impressive best in Mike Taylor’s Black And White Raga, which builds an ever-changing, 12-minute structure from the simple idea of alternating between the black and white notes on a piano keyboard. The most impressive piece by the pianoless Four is Jack Bruce’s extraordinary free-form piece, Snow. Throughout all seven tracks, the imaginative and beautifully controlled trumpet of Henry Lowther is a delight, and his duet improvisations with Lyn Dobson’s tenor are quite outstanding.