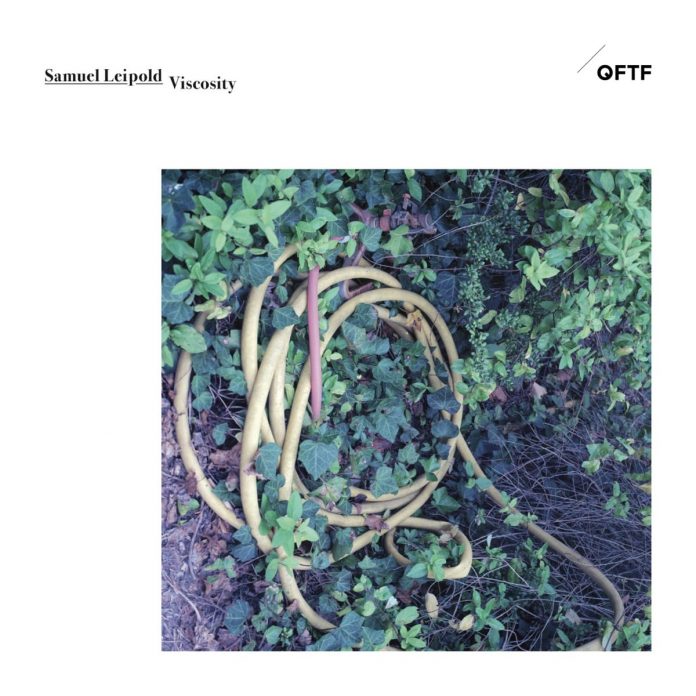 Recorded at a single session in Lucerne in October 2019, the remarkable music of Viscosity was conceptually inspired by composers Toru Takemitsu, Gerard Grisey and Morton Feldman. Theirs is a music in which the silences and intervals between notes, and the natural decay of overtones, are elemental. A dreamy and persistent sound world that often appears to travel in slow motion, it’s an area increasingly explored by inquisitive improvisers.

Born into a musical family in 1988, Leipold originally studied piano before switching to guitar at 15. Studying jazz with Christy Doran and Frank Möbius amongst others, he leads an adventurous quartet which has already released two albums for Berlin label QFTF. He has performed and recorded with Peter Zihlmann, Hayden Chisholm, Guillermo Klein and the Swiss Jazz Orchestra, but I think it’s fair to say that this spellbinding set is quite unlike anything else in his discography.

The brief opener blends environmental sounds recorded outside the studio with Leipold’s amplified guitar, and an unsettling yet complete musical microcosm is born. Sediments I-III, by contrast, are fully composed. Each is barely two-three minutes in length, yet they carry huge impact. Risky combinations of clusters and dissonances fracture and cohere, Leipold’s vocabulary at once alien and familiar. The heavily improvised Parsi fuses densely layered acoustic and electric guitars to convey a great sense of drama and movement – each and every strand seems somehow indispensable, Leipold dialling in just the right amount of tension.

Ex Machina paints a desolate monochrome landscape which briefly recalls Frisell and Torn, though I also hear echoes of Ralph Towner in its freely flowing improvised passages. Shō finds Leipold teaming up with bass clarinetist Toni Bechtold for eight blissfully beautiful minutes of reverie inspired by the Japanese reed instrument of the same name, while Antimon is a Villa-Lobos inspired etude for alternately tuned classical guitar. The closing Piano & Guitar is nakedly after Feldman, its repeating harmonic cells subtly jarring in some of the album’s more astringent passages.

Without question one of the most satisfying solo guitar works I’ve heard for many years, Viscosity blurs the lines between music and noise, composition and improvisation, making the sometimes forbidding world of the avant-garde strangely inviting and accessible.

Garry Booth - 26 July 2020
This is Finnish horn player Verneri Pohjola’s fourth album on Edition and it confirms his stature on the European jazz scene. Unlike a lot of...