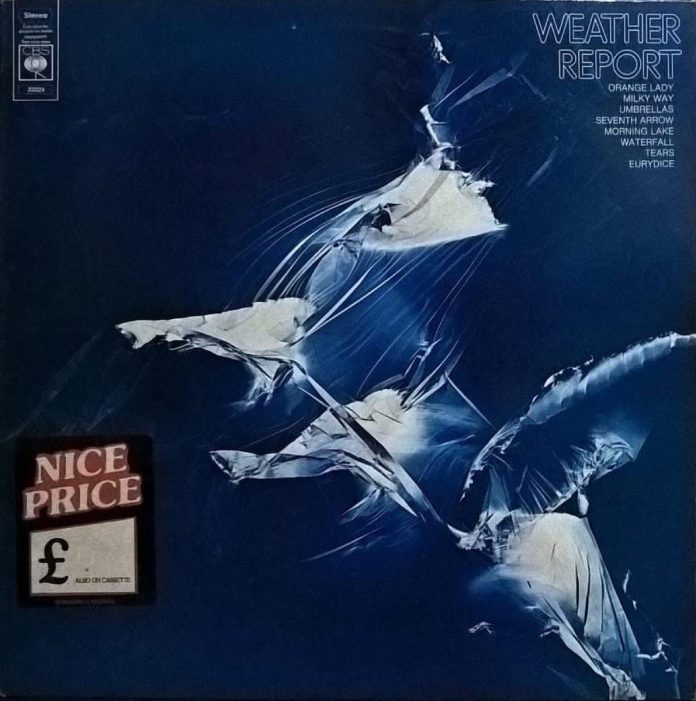 With this album Joe Zawinul emerges as the man most responsible for Miles Davis’ In A Silent Way album of a couple of years back. Weather Report here go on logically from that Davis session and experiment with ex­tensions of the same noises and lazy themes. Like so many albums these days this is one that the reviewer has to live with for some time before he can make up his mind. This one stands the test in that, although it is experimental and fairly basic in its total in­volvement with itself, the music is cogent and coherent.

The roles played by the various instruments are effective and at times brilliant­ly handled, and the only real problem is that there is a shortage of horns. Despite the skills of Shorter, Zawinul and the incredible Moreira, the range of sounds that they can span, colourful enough it’s true, is barely wide enough to sustain a whole album. There’s something frantic about the way in which the group sound changes from track to track, and this means that some of the more impressionist items lose the relevance of say Seventh Arrow or of the finest track here, Zawinul’s long and beautiful Orange Lady.

If there was nothing else then Orange Lady would be justification enough. It opens with calm and thoughtful piano before the soprano and arco bass enter in a strangely moving theme statement which is very much reminis­cent of and developed from the opening statement by the horns on In A Silent Way. Zawinul’s delicacy behind the two is most imaginative and one sees from his latest work the vast scope in retrospect that he has covered on things like the Davis album, the set with Nat Adderley and so on. He is very much a man of mood and melody, and I’m sure he’s been under-estimated in the past few years.

This album won’t put that right, because it’s probably a bit specialised for the average jazz fan and too sophisticated for any of the underground listeners. This is a great pity, because there is much mature satisfaction to be gained from the music, as epitomised by Orange Lady. Shorter here also reaches his peak on the album with an ordinary (as opposed to amplified or electrified) soprano solo of great delicacy. Moreira as usual operates both as an independent rhythm section and a complete backing orchestra and Vitous, returning throughout the piece to pick up the duet, is every bit the bassist that we thought he was when he first appeared with Getz and Rollins some years back. He has obviously got to the core of Zawinul’s music and typifies the enthusiasm of the rest of the musicians involved.

Weather Report is a valid idea that I’m sure will be very productive. It has produced a first album not unmarred by blemishes, but one which at its best reaches the top level of modern jazz today (having quite a bit in common with the music of Mike Gibbs, for instance). But I do feel that it will eventually have to add another horn to the front line if only for the sake of variety of sound. Although I must qualify that by saying that the range of sound on this album is very wide – it’s just that I don’t think it will stand too much further development on its own.

Thomas Fletcher - 03 September 2019
Commonly known for supporting artists such as Natalie Cole, George Clinton and Randy Brecker, London-born but Brooklyn-based Aaron Whitby has released his debut album as a bandleader, Cousin From...