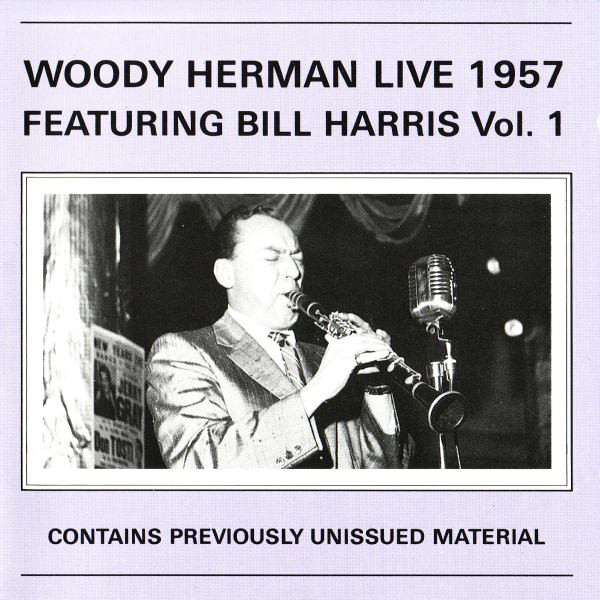 Woody Herman formed so many fine bands that it is difficult to give an accurate assessment of his place in orchestral jazz simply because not all of his fine Herds were recorded. This new release fills in a gap because it comprises material completely new to com­mercial issue.

The music is the first half of a programme played at a dance date in Omaha just a month be­fore the band made the Woody Herman ’58 album for Verve (put out in the UK as Jazz The Utmost). Although playing princi­pally for dancers Woody made few concessions and simply played the kind of music we asso­ciate with him. He also used the opportunity to break in some of the new works by Gene Roland which were due to be recorded for Verve.

Like all post-1947 Herds, this one had a magnificent sax section with at least two out­standing tenors in the persons of Jay Migliori and Jimmie Cook. The trumpets were sparked by Bill Castagnino’s high notes and John Coppola’s fine lead. But the trombone team was unbeatable; Bill Harris was back in the band and playing as well as ever; listen to him on the previously unre­corded (by Woody at least) Let’s Talk. The blend of the saxes is superb on numbers such as Mid­night Sun and the quality of the recorded sound is excellent.

This CD captures a great band at work, earning its bread and butter and, because it was a dance date, it is a little incon­gruous to hear the men playing their hearts out on material such as Stairway To The Blues and the extended Woodchopper’s only to be rewarded by a light patter of applause. The arrangers repre­sented here comprise Roland, Nat Pierce, Ralph Burns, Al Cohn and Marty Paich (who did Comes Love).

John Bunch was presented with a piano which needed the attention of a tuner but that kind of thing was just one of the hazards of the touring musician. The music is quite beautiful.

Leon Nock - 12 September 2021
Helen Carr was arguably the most enigmatic performer in the annals of pre-1960s popular music - so much so that one struggles to find two people who agree on...