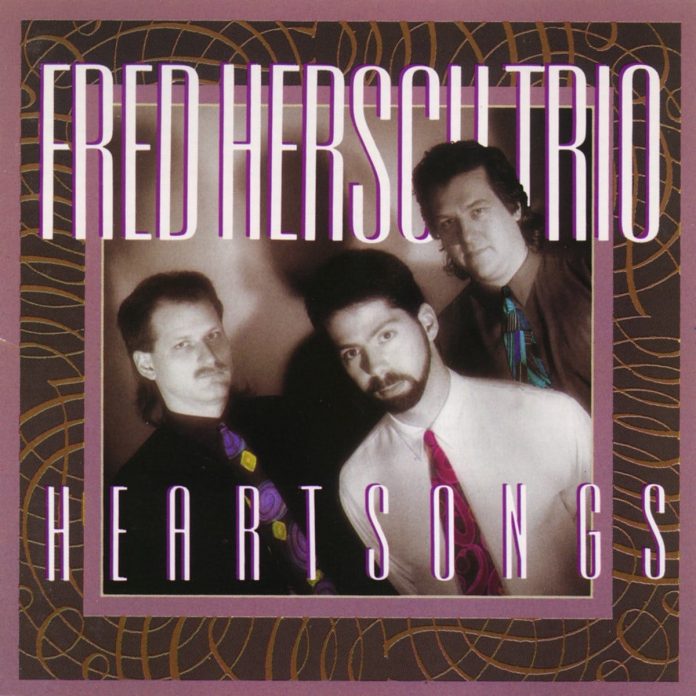 These three obviously enjoy working together and as leader Hersch says the group never play anything that all of them ‘don’t feel good about’.

However, I can’t agree with Mr Hersch when he says that he doesn’t play like Bill Evans. He does, almost uncannily so at times; the delicate touch, the gentle introspection and wistful ballad – it is all there. And there are occasions when bassist Mike Formanek sounds like a reincar­nation of the late Scott La Faro. Drummer Jeff Hirshfield keeps in the background, sounding on slower numbers – dare I say it – like Paul Motian. But he cuts loose on the up tempos and adds exuberant fire to the proceed­ings.

Paradoxically, the Evans influ­ence is most strong where you would least expect it; for exam­ple The Man I Love and Wayne Shorter’s Fall and not as marked on an obvious valediction to the master such as Evanessence. There are also finely wrought and imaginatively constructed solos on Monk’s I Mean You and Ornette Coleman’s The Sphinx with Formanek weaving gorgeous lines around the piano and Hirschfield swinging lightly and brightly.

Free For Three is a sumptuous exercise in free playing that has, unlike some, form and structure and emphasises the fully integrated trio to good effect.

This is expertly played, imagi­native jazz but the leader would do well to acknowledge openly the obvious source of his own inspiration.

Matthew Wright - 24 December 2020
Here we have two overlooked Tony Bennett albums from the late 60s – a decade of mixed fortune for the singer. It started with him at the pinnacle of...