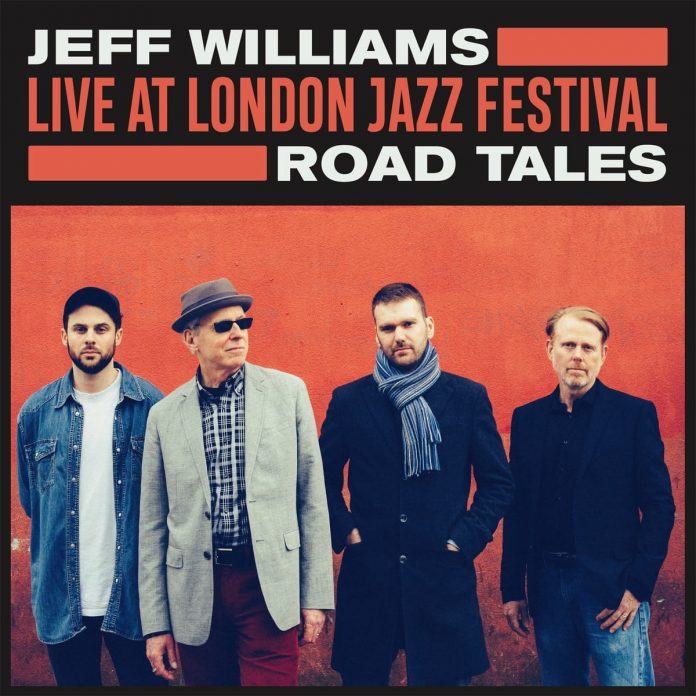 If there is one thing that jazz fans are probably missing most of all during the current pandemic, it is the ability to go out and listen to live music. I am hoping that well before the end of the current year, we will all be able to channel our new-found “vaccine fuelled” enthusiasm into attending clubs, concerts and gigs once again.

In the meantime, if you crave a taste of live performance, you could do a lot worse than get a copy of Jeff William’s latest album recorded live at the Pizza Express Club as part of the 2018 London Jazz Festival. Put the album on, dim the lights, grab a drink, order a pizza and transport yourself back to the days when to bump into people on the way in or be jostled at the bar trying to get noticed was still socially acceptable.

There is something reassuringly familiar about this album. From the moment the MC introduces the band to the last ripple of applause, the album exudes all that is good about live jazz. Great musicians, who are completely in the zone, coming together to play great music. This appears to be a one-take recording and it sounds all the better for that. No countless retakes resulting in the composition becoming totally sanitised, and no production wizardry. This is honest music played with passion and integrity.

The music feels traditional and modern in equal measure, with elements of swing, funk, blues and bebop scattered across the set. The double horn section allows some great improvisation between John O’Gallagher on alto sax and Josh Arcoleo on tenor. Sam Lasserson on bass provides great support without being relegated to the back row, whilst leader and drummer Jeff Williams relies on his many years of performing to deliver an outstanding performance.

Jeff Williams is a veteran, having started his career in the 1970s playing with Stan Getz and David Liebman. He shares his time between the UK and the USA, making a second home in London some years ago. When not performing he also teaches drumming at the Royal Academy of Music. Road Tales is Williams’s second “live’ album and third fronting a quartet. John O’Gallagher is a long-time associate of Williams whilst the two younger band members have both been members of the Williams group since 2015. Williams is said to try and write to the strength of his band and in turn they try and make sure the music sounds vital. Both leader and band have succeeded in that admirable objective. Highly recommended for anyone feeling nostalgic about the jazz club scene.

Peter Gamble - 29 March 2019
Apart from the first 11 tracks on CD1 Fresh Sound have issued all this material before, the Pour House material being issued over 30 years after its recording and...