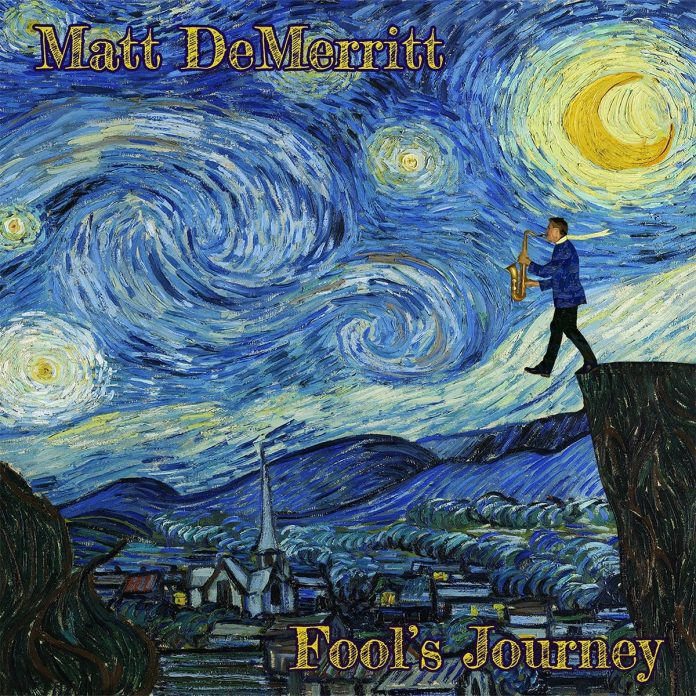 Multi-instrumentalist Matthew DeMerritt is a musician based in Los Angeles with a great many credits to his name. He’s toured and recorded with a range of artists such as Macy Gray and Nine Inch Nails, as well as collaborating with De La Soul on their 2016 And The Anonymous Nobody. Fool’s Journey covers a variety of styles, employing a number of different musicians, but all with DeMerritt’s musical vision at their core.

The album opens with Zero Intro, an expressive and atmospheric track standing at just shy of a minute, in which deep vocal drones and chaotic percussion build as woodwinds improvise in the distance, getting ever closer, before fading away quickly to the sound of running water that blends seamlessly into the next song. On Wellspring another lyric-less vocal melody introduces the track, sung in chorus, which is then joined by piano and drums to form a strong, grooving rhythm, as the horn section dominates.

Venice Lullaby takes a different direction with a much more traditional format. The main melody is taken by woodwinds in unison while piano comping and loose drumming underpin the piece. As no other saxophonist or flautist is credited in the album notes, it seems as though DeMerritt is dueting with himself, although he stops short of taking two solos, as after the saxophone, Sam Barsh provides delicate improvisation on piano.

There are more stylistic variations, across both originals and covers: Burt Bacharach’s A House Is Not A Home is played with an open and relaxed feel, also in the traditional jazz style, and then there is the more experimental, effect-laden cover of Joe Henderson’s Earth, with reverb soaked guitars and keyboards. The finale, Zero Outro, is similar to the intro, bringing an interesting unity to an album that encompasses so much variety.

There is a wide range of musicians on the album, 14 in total, and it is interesting to hear the variety of arrangements that DeMerritt creates – at times complex, at others minimalist and reserved. Difficult to label, DeMerritt’s album is exciting and intriguing, with much to enjoy throughout.