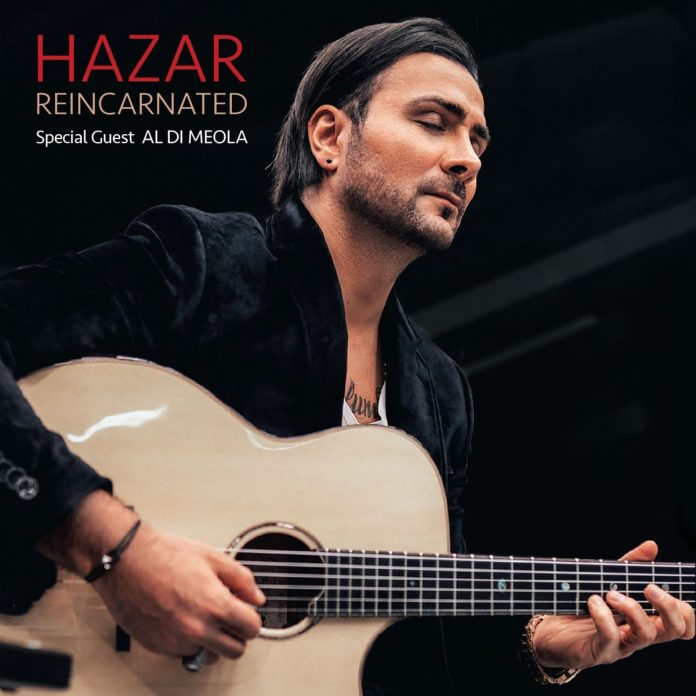 In a series of covers and interpretations of standards and traditional jazz compositions, guitarist Ulas Hazar demonstrates his immense skill on the guitar, one only recently acquired. Before switching to the guitar, Hazar played the saz, also known as the bağlama, releasing his debut album Virtuoso in 2009, covering both classical and jazz pieces on the instrument.

Reincarnated marks Hazar’s adoption of the guitar, inspired by a conversation with John McLaughlin. He wasn’t the only jazz aficionado to take an interest in Hazar’s music: Al Di Meola features on the latest album, on the second track, a version of Chick Corea’s Spain, and the two musicians weave their guitars together expertly, at times duelling, at other times in unison.

Luiz Bonfá’s Black Orpheus opens with an extensive piano intro from Mike Roelofs, before Hazar continues the melody, slowly adding tasteful improvisation. Gershwin’s Summertime follows a similar format, as piano gives way to Hazar’s acoustic guitar, backed by subtle percussion, and the track builds in intensity via solos and the introduction of the bass clarinet.

The penultimate track is a cover of Charlie Parker’s Donna Lee, played with the energy of the original, in which Hazar’s jazz ability really stands out. The album closes with a solo performance of the traditional piece La Vieux Tzigane, as one final demonstration of Hazar’s virtuosity.

Hazar is an excellent guitar player, able to cover a variety of styles and pay homage to classics with skill and originality. His latest album would interest jazz and bossa-nova enthusiasts as well as guitarists of any genre.

Two discs are included in the album, one the usual audio CD, the other an audio Blu-ray version. It’s an excellent listen from start to finish, whatever carrier you choose.