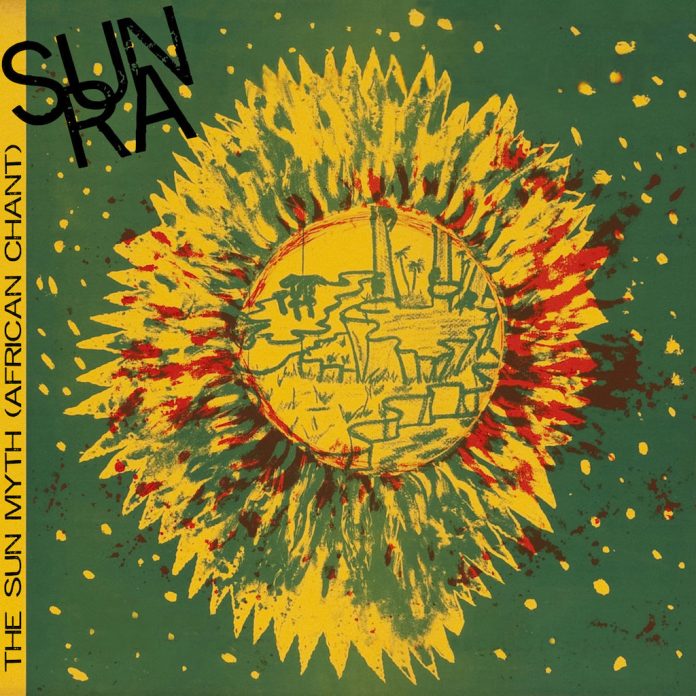 Way back when the New Thing was a young thing, these Heliocentric World recordings were pathfinders, an imbroglio of organised chaos in which the established big band frameworks — instrumentation and scoring — were bent and reshaped against the anvils of free improvisation and constantly changing tex­tures. Indeed, there is little here that is scored in any conventional sense; rather, the performances build and develop, subside and redevelop, as players receive spontaneous cues from Sun Ra himself.

Such dangerous flirtations with chaos invite an anarchy that quite often neuters the inherent indi­viduality of a performance (eg, Cosmic Chaos, Outer Nothing­ness, Sun Ra & His Band), but sometimes the multilayered voices touch sublime heights, as on Dancing In The Sun. It is when the rhythmic ingredients are strongest, however, that the music is most telling — as in the often sinister Of Heavenly Things, the brilliant develop­ments of The Cosmos and else­where.

There is much here that pits reeds against percussive playing by other instruments (piano, bass, trombones, other reeds); some even suggest a Cecil Taylor influence, though the method had been growing in Sun Ra’s bands for nearly a decade.

The fulcrum is the bass of the remarkably unsung Ronnie Boykins, which can switch dra­matically between a traditional, bounding pliancy and a much more percussive role, whether plucked or, as in the introduction to The Cosmos, arco. He succeeds in upstaging most of the drumming, with the exception of that of the equally remarkable and unsung Jimhmi Johnson.

Radical as these achievements were, it may well be that the abs­ence of consistency behind the drums prevented this aggrega­tion from making the break­through that would have assured its historical position. As it is, there remains an unfortunately hit or miss legacy, with the best quite fascinating and profound, but the worst, often rubbing shoulders, quite anonymously quarrelsome.

Previously issued as The Heliocentric Worlds Of Sun Ra, Vol 1-3 (ESP-Disk 1014, 1017 & 1045), these are better recorded than many Sun Ra recordings of the period, but they remain poor value for money with total play­ing time that would just have jus­tified two CDs.
Chris Sheridan