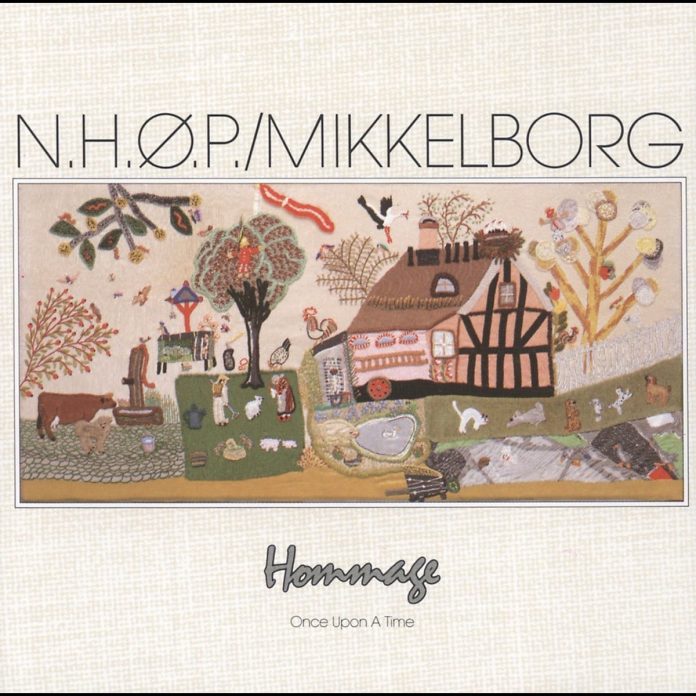 The only surprise here is that an accomplished musician like NHOP agreed to take part. There are a few good bass solos scat­tered around and Mr Mikkelborg’s plaintive trumpet seg­ments make me think that this was an attempt to produce an up­dated session similar in scope and concept to the Miles Davis/Gil Evans collaborations in the fif­ties and sixties. If so, it doesn’t work, folks; this curious conglo­meration of lullabies, Danish folk songs and standards, all welded together with a sticky mixture of synthesizers, strings, brass and a strange celestial choir is unlikely to appeal to jazz enthusiasts.

Tango Jalousi features double bass, Milesian muted trumpet, the heavenly choir, brass and a disco drum beat. J.P. is based on one of JS Bach’s suites for un­accompanied cello with varia­tions by the bassist.

September Song is played almost straight on piano and bass and would be fine if it wasn’t overlaid with a soundtrack of clinking cups, plates, glasses and inane laughter. Or is it a live audience? I wonder just what market the producer had in mind for this syrupy confection. A few disgruntled Barry Manilow fans perhaps, seeking a new sensa­tion.

My advice would be to go seve­ral miles out of your way to avoid this disc. Personally, I can’t com­plain as I picked it up in the JJI office and offered to review it. Oh well, we all make mistakes.

Andy Hamilton - 05 April 2022
I recall British critic Max Harrison commenting that one of the sad aspects of modern jazz was the failure of one of its founders, Dizzy Gillespie, to produce compelling...