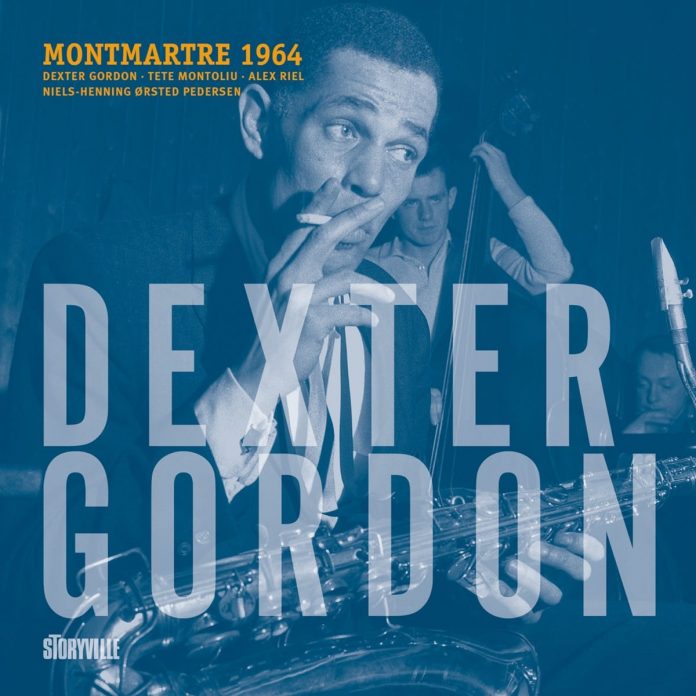 During the 1960s and 70s Dexter Gordon had based himself in Europe, in Paris then Copenhagen, and such was his popularity and the esteem in which he was held that during his time in Denmark, in the summer of 1964, he had a three-month engagement at the Montmartre, playing to full houses, as well as regular hour-long broadcasts on Danish radio.

Many will recall the club performances and broadcasts (Dexter In Radioland) that were released on the SteepleChase label. This, apparently never before released, is from that period and shows Gordon at his peak – relaxed, inventive and at ease with the extremely competent rhythm section that played with him throughout that summer.

Gordon’s full-sounding, warm tenor covers material he regularly played at this time, although Big Fat Butterfly also includes his vocals. Montoliu is lively and closely supportive, Riel busily fills in and keeps the steady momentum, whilst the 18-year-old Ørsted Pedersen shows what a prodigious talent he was – he had made his debut at the club in 1961 at the age of 15.

It’s well recorded, capturing the live atmosphere of the club, and presenting a mixture of ballads and uptempo numbers. Gordon plays slightly behind the beat, as was his wont, on Luis Bonfa’s Manha De Carnaval, whilst Montoliu, following his leader’s predilection for inserting musical quotations, gives a glimpse of Stella By Starlight and Moanin’ during his clearly articulated solo.

Garner’s Misty shows what a beautiful balladeer the tenor man was, although whilst he mainly follows the melody, he can’t resist tipping his beret to Rollins by dropping in a phrase from How Are Things In Glocca Morra. The lively I Want More and Loose Walk see a tight, hard-edged Gordon, and both he and Montoliu stretch out with Riel’s propulsive urgency a feature. Drummer and bassist are given further opportunity on Cheese Cake, NHØP impressing in particular with a solid contribution. But this is Gordon’s album and a fine example of his playing at its best.

Sophie Prior - 09 July 2021
Guitarist Dan Wilson first emerged on the US jazz scene when Joey DeFrancesco, one of today's most prominent jazz organists, invited him to join his trio. Dan then went...