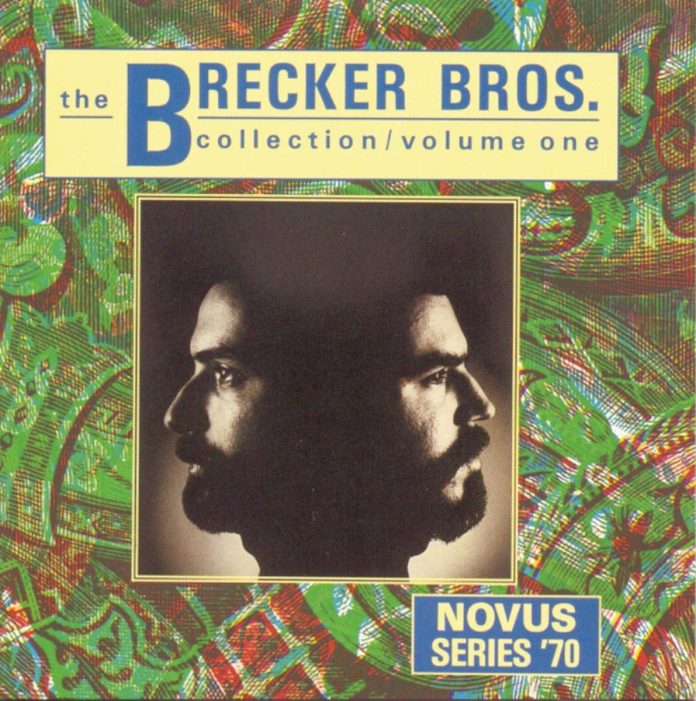 Not before time, the reissue bandwagon has trundled forward into the 1970s, and one of the welcome results is the first of a two-volume retrospective on the legendary Brecker Brothers band of 1975-82. It draws from the dynamic duo’s half dozen or so albums for Arista, and by avoiding such blatant bids for the disco charts as Finger Lickin’ Good and Oh! My Stars presents them near their best. Personnels, locations and dates are given for each track, and compiler Michael Cuscuna has provided a useful synopsis of the siblings’ early careers, which covers their work with Horace Silver (captured on the 1972 album In Pursuit Of The 27th Man), in the early fusion project Dreams and as New York session aces.

In broad terms, the Brecker Brothers worked the same seam as other fusion outfits, marrying the rhythms and attitudes of r’n’b with the sophisticated structures of post-bop jazz. However, the results were more substantial than most, thanks not least to Randy’s taste for astringent mod­ern harmonies. His tense polytonal chording combined with imaginatively deployed funk rhythms, intricate orchestration, virtuosic ensemble lines and bristling jazz solos to create music which remains a bench­mark for fusion today. Certain elements – Barry Finnerty’s sub-Hendrix guitar work, the use of wah-wah, harmoniser and other effects – date parts of the set, and the production lacks the bril­liance one now expects, but in all important respects these tracks could have been recorded this morning.

The early years brought the more inspired writing (Skunk Funk, Sponge, Squids, Funky Sea, Funky Dew), but as time pas­sed the brothers became more compelling and authoritative soloists. By 1981, and the skewed samba of Bathsheba, Michael’s compendious post-Coltrane tenor style – one of the most widely-imitated of the 1980s – was near fully-finished.

A valuable collection then, although one must question the wisdom of releasing two mixed volumes while the barnstorming 1978 live set Heavy Metal Bebop remains out of catalogue. Two tracks from Heavy Metal Bebop are contained here, with more to follow on volume two, but a separate reissue of that seminal album (Michael’s favourite BBs recording) would be an unimpro­vable testament to the brothers’ genius. Mark Gilbert

Roger Farbey - 22 June 2021
An important record and a landmark one, Black To The Future transcends the confines of genre-labelling. It goes further and deeper, and its appeal should, by all rights, be...